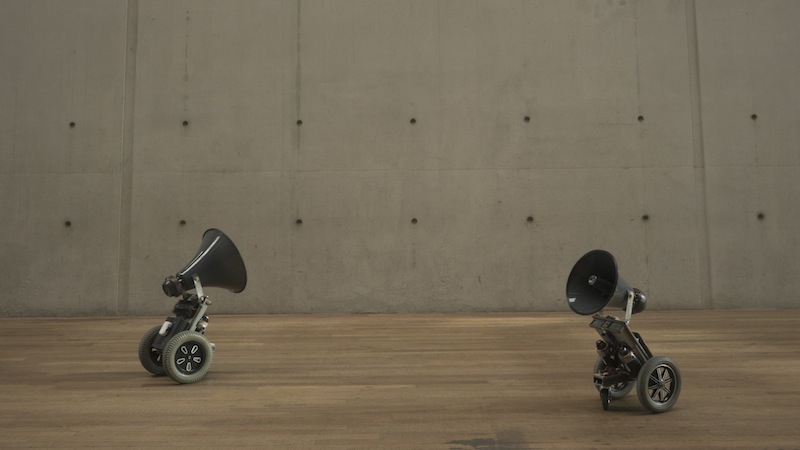 Echo Moiré is a robotic opera-ballet in which a pair of loudspeaker vehicles is employed to play a room as a musical instrument. Exploring the acoustic properties of the room, the vehicles create aural images that float in the air, enveloping listeners with patterns of echoes rebounding off the walls.

The work is inspired by Alvin Lucier’s 1968 composition Vespers and investigates human echolocation, aural spatial perception and the physics of sound. Using mobile directional loudspeakers emitting trains of pulses, the trajectories followed by sound waves from source to listener are made apparent. Gradually scanning the room’s boundaries, aural images of the space are formed. Modulating the pulses over time, these images are manipulated and sculpted, giving rise to different spatial forms, textures and densities in which the audience is immersed. Staging forms of interaction that alternate between the two poles of attraction and threat, the piece activates a referential mode of listening rooted in instincts of navigation and survival. 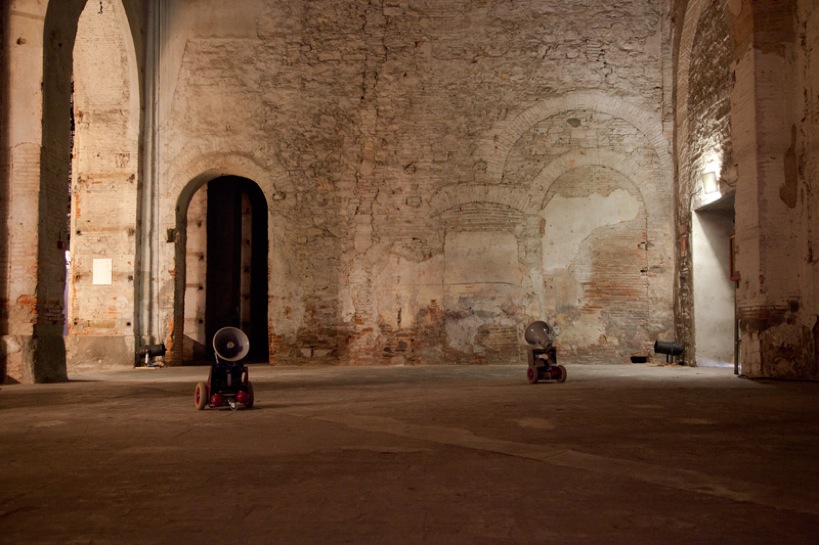 Other works by Matteo Marangoni