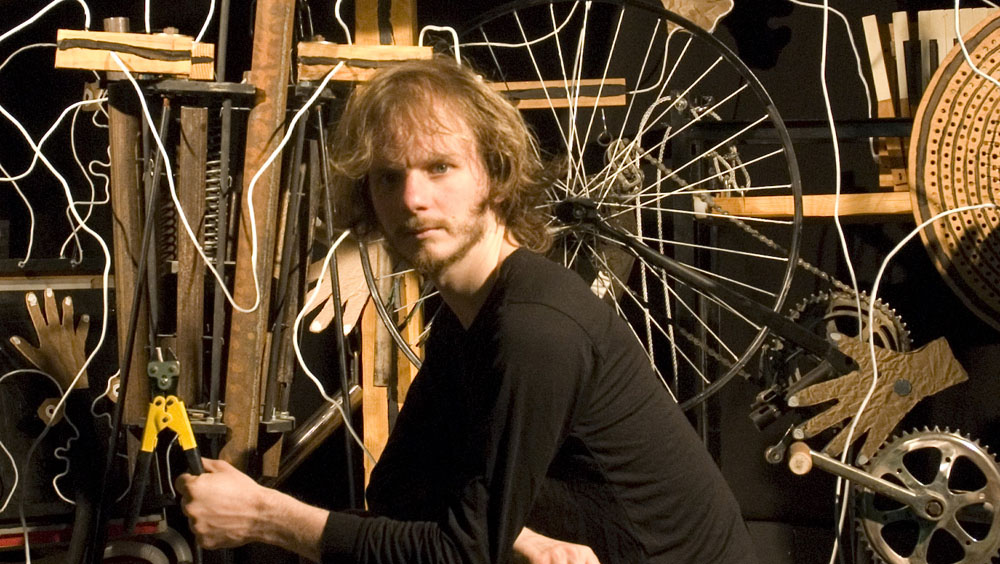 Lars Kynde is a composer who delights in creating the instruments on which his compositions are played – in fact these two aspects of music making are not so easily separated in his case and the invention of new instruments and the music created for them melt into surprising new forms. His works focus on the mutual influence of the music, the instrument and the notation system. By building physical sculptures, mechanical machines and three-dimensional scores he seeks new ways of constructing and comprehending musical structures.

He has performed and exhibited extensively abroad, including in Japan, China, Mexico, Australia and most of the European Countries. In 2011 he won the first prize at the Tokyo Experimental Festival in Japan.