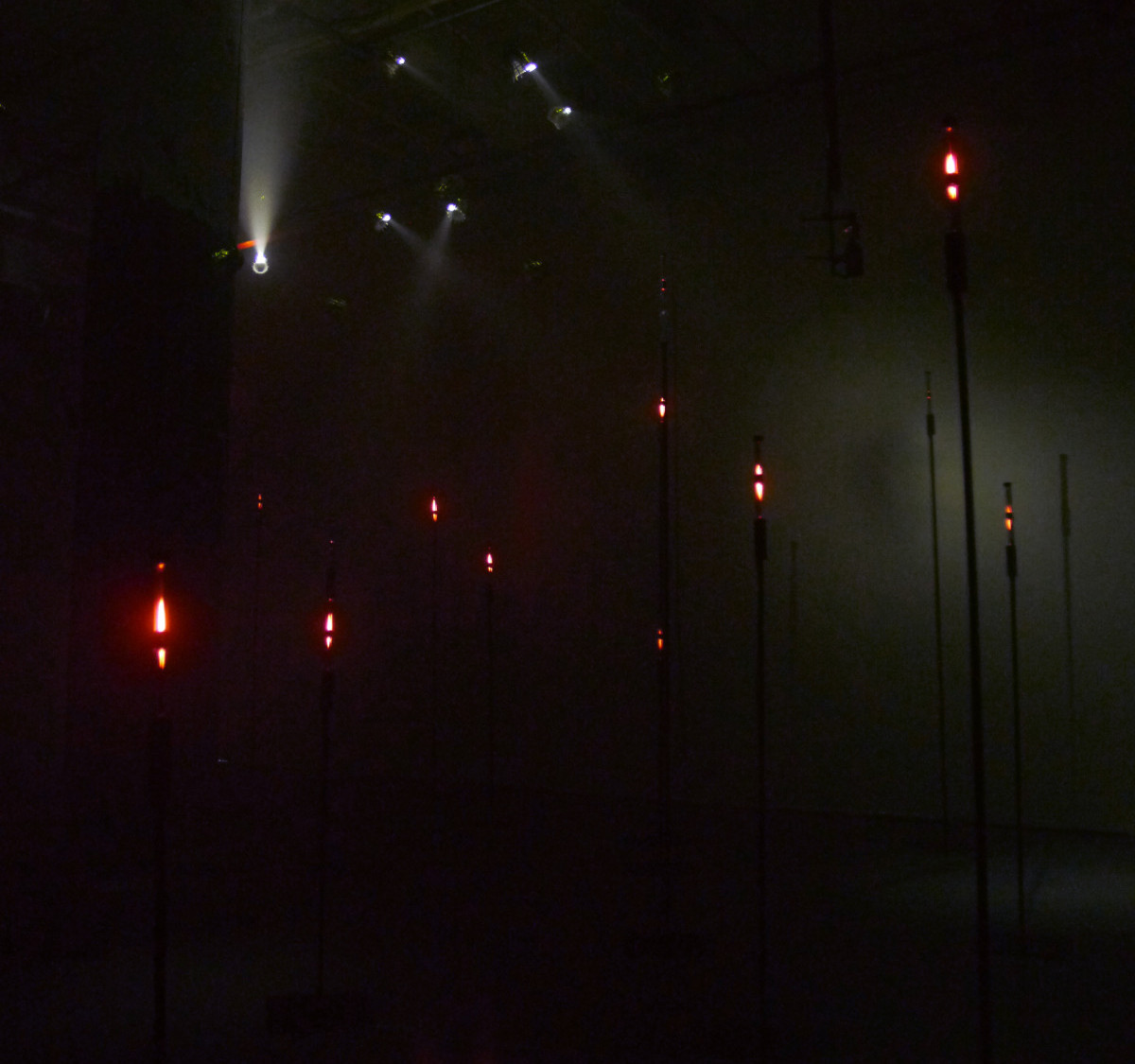 The electronic devices we use on a daily basis communicate with each other without us even being aware of it. Phone and computer apps are sending data inadvertently across the globe at any time.

‘Beacons’ is an environment formed by a network of elements scattered in space that interact with each other exclusively through signals that can be perceived by the human senses. Rotating planes of light, bursts of sound pulses, shimmering plasma tubes and a swarm of electronic creatures compose an artificial ecosystem generating patterns of events in the space surrounding the observer.

The pulsating environment of ‘Beacons’ is filled with fog. A large number of light and sound modules is arranged in organic configurations in space. Light beams form structures, sound waves interfere. The space scans the scanning visitor. Navigating in this misty landscape, the visitor becomes the spectator of an ever-changing environment filled with signals appearing as rhythmic patterns.

‘Beacons’ is a new collaborative project made especially for TETEM’s medialab space by Mariska De Groot, Matteo Marangoni and Dieter Vandoren. The installation is made within a broader research trajectory investigating the potential of autonomous, distributed objects in creating immersive spatial sound and light environments.

The project is made possible with the support of the Creative Industries Fund NL, Stichting Stokroos and Stroom Den Haag. 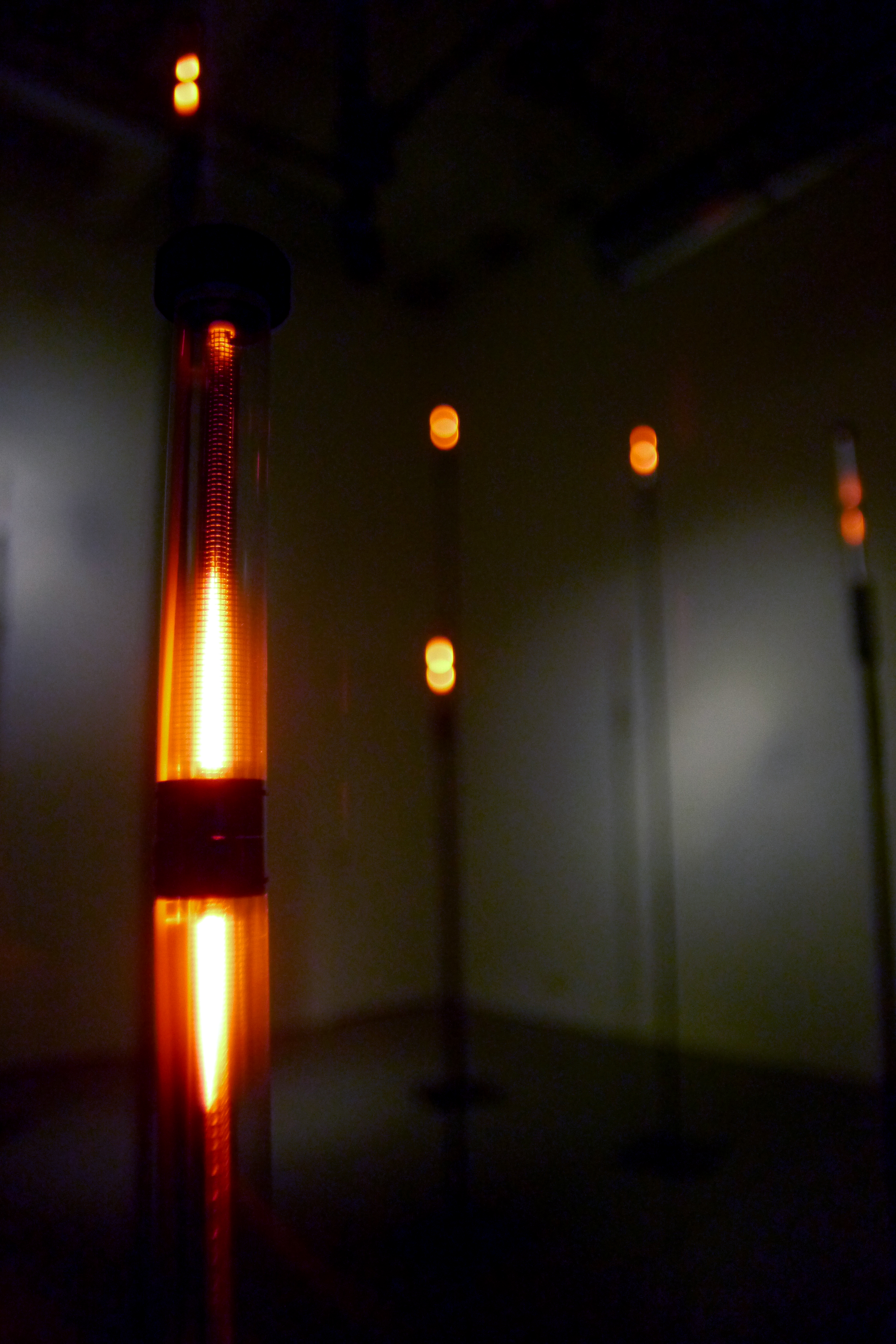