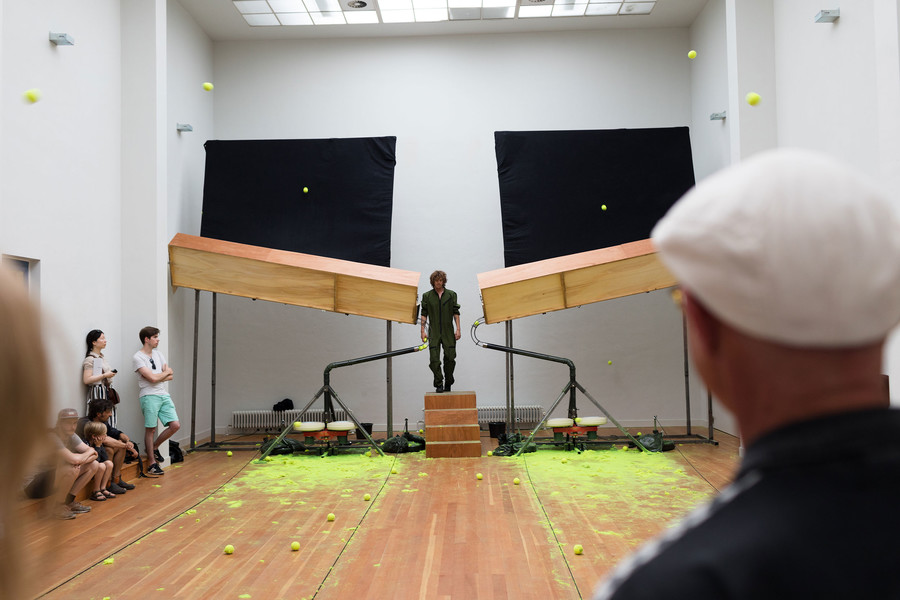 Boem BOem is an immersive and visceral acoustic instrument. Two heavy duty shooters shoot balls up to 150 km/h 14 meters through the air and smash against 2 soundboxes. The balls hurtle 14 meters back through the air inside the resonating catchers and back in the system.

The Physical Rhythm Machine or PRM shoots different compositions. Funky rhythm compositions by Vermeulen and algorithmic non-metric ‘rhythms’ by the machine itself. PRM shoots the compositions in bitter violence which are made visible while resonating the space and the bodies of the audience.