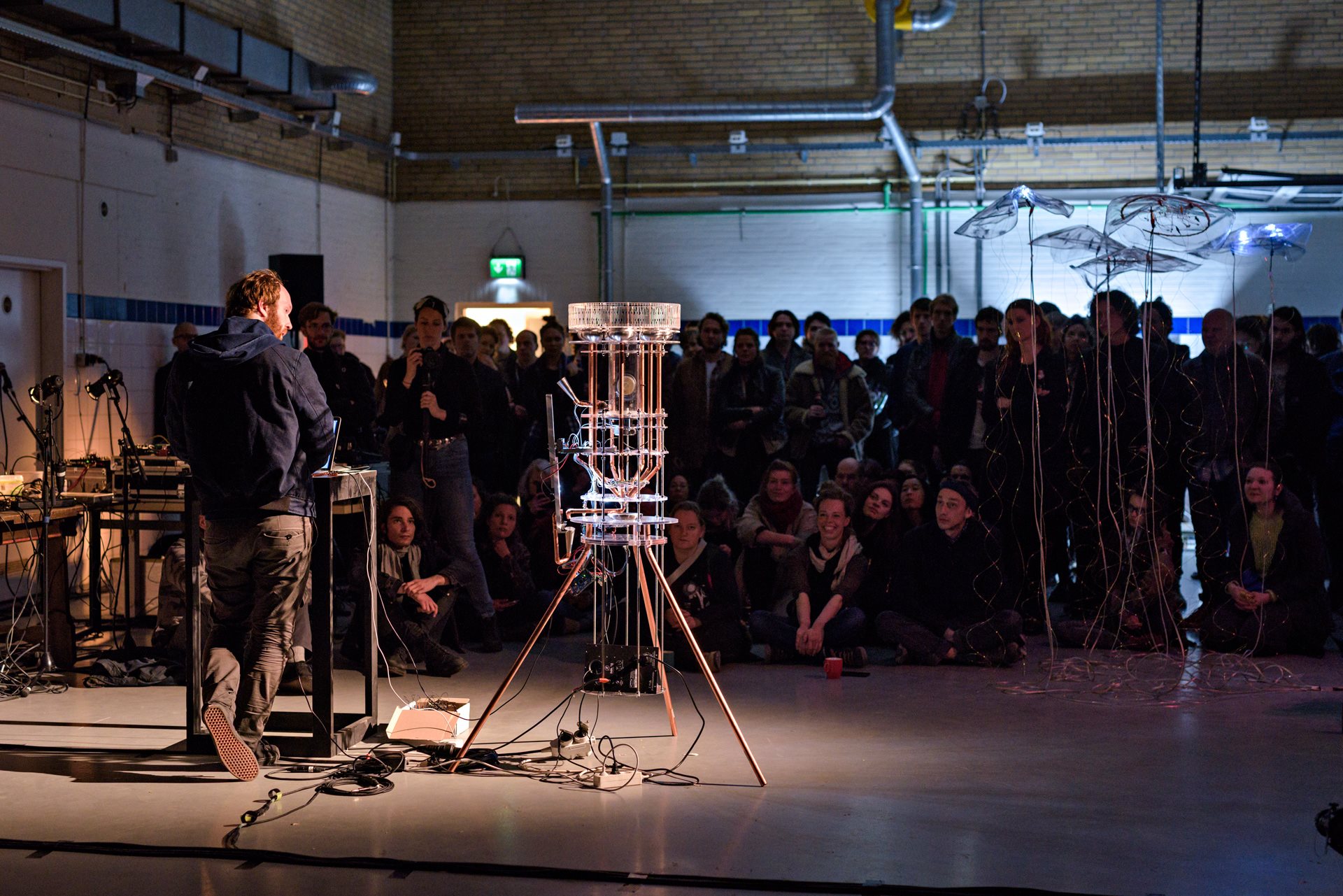 Dmitry Morozov (::vtol::), will be showing four works at Ars Electronica, including his new work Driver, a piece commissioned and realised within the context of iii’s international guest residency program.

The mechanism is a system consisting of two sound circuits and auxiliary mechanical and electronic elements. The first sound circuit is a speaker emitting sound with a square wave shape. Copper balls are dispensed and fall on the membrane of this speaker one at a time or several at a time. Depending on the amplitude and frequency of the speaker’s sound, the balls bounce on the membrane and jump to certain height. In each of the 7 tubes attached to the cups, an optical sensor is installed, registering the passage of the balls. Depending on how often and in which particular cup (tube) the ball hits, the algorithm of sound generation changes in the second circuit, which executes the generative composition. Also the hits affect the frequency of sound in the primary circuit. Once the ball enters the collector it can be returned to the mechanical dispenser with the help of a robotic “hand” as the balls are used.

In essence, the object represents a complicated feedback machine, where the feedback doesn’t have a direct impact, but uses kinetic and mechanical elements-intermediaries. Those intermediaries are nothing other than random numbers generators inside a complex and precise system. This results in constant change of the sound and we can visually observe the system’s attempts to hold itself in equilibrium and continue its work.