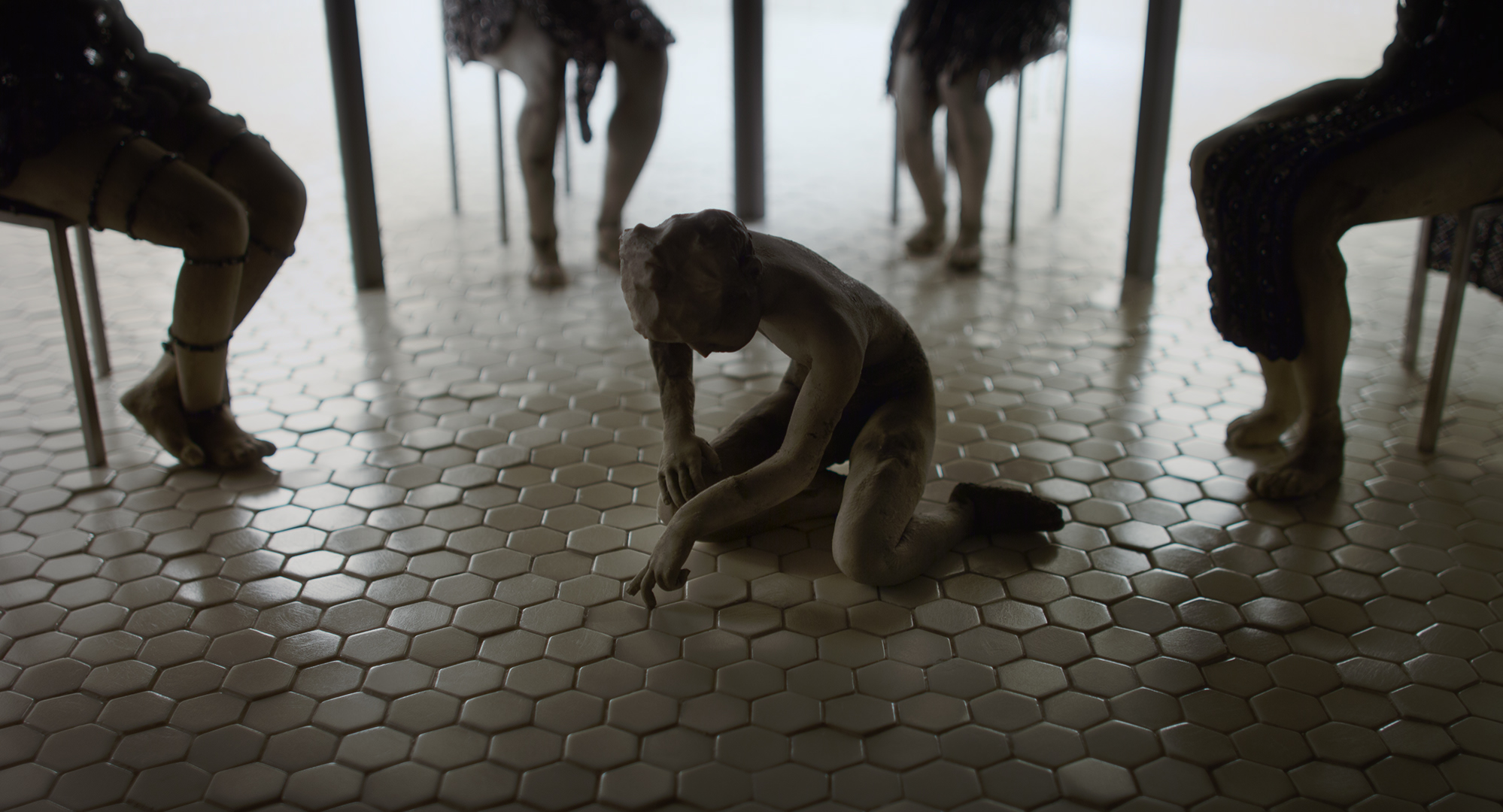 Matters of Being is a screening series at iii curated by Nele Brökelmann and presenting documentary films about artists, thinkers, scientists, as well as experimental films by artists and independent filmmakers. Matters of Being wants to allow our minds to wander and stumble upon new associations in the illuminating darkness of the cinema setting.

This second edition of Matters of Being – Concepts of Belonging – is bringing together two artists‘ productions by Toshie Takeuchi and Matteo Marangoni, and an animation by freelance director Jasper Kuipers. 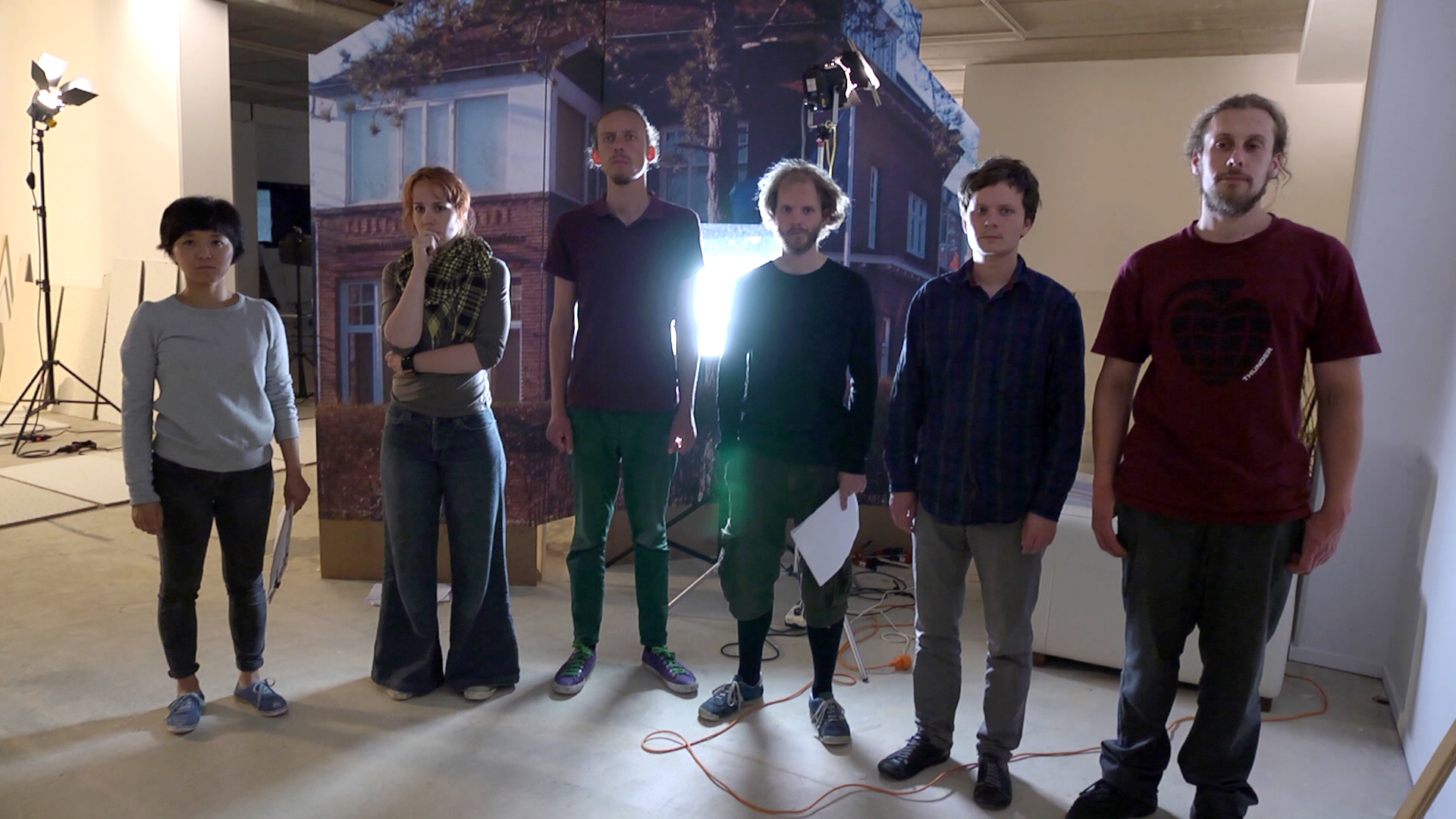 Toshie Takeuchi‘s experimental and performative film A house placed inbetween – a poetry in the comfortable grey zone (2019) questions the notions of property, territory and home. It is created based on artistic research upon several narratives in and around an occupied embassy of the Democratic Republic of Congo in the Hague, where Takeuchi lived from 2011 to 2016. The building has been used as both a private home and a communal event space by a collective of different people (mainly artists) since 2010. The film derived from Takeuchi’s encounter with a group of Congolese protesters, who came to revolt against their government discovering that there were no diplomats in the embassy, but only the occupants.

Toshie Takeuchi is a visual artist, currently living and working in Copenhagen. She often deals with peoples’ personal memories and narratives in and around specific sites/places, and particularly focuses on unregarded non-famous stories, as a starting point for local reflection on larger territorial/spatial narratives. This is because she wants to participate in the expanding potential of these specific sites/places. 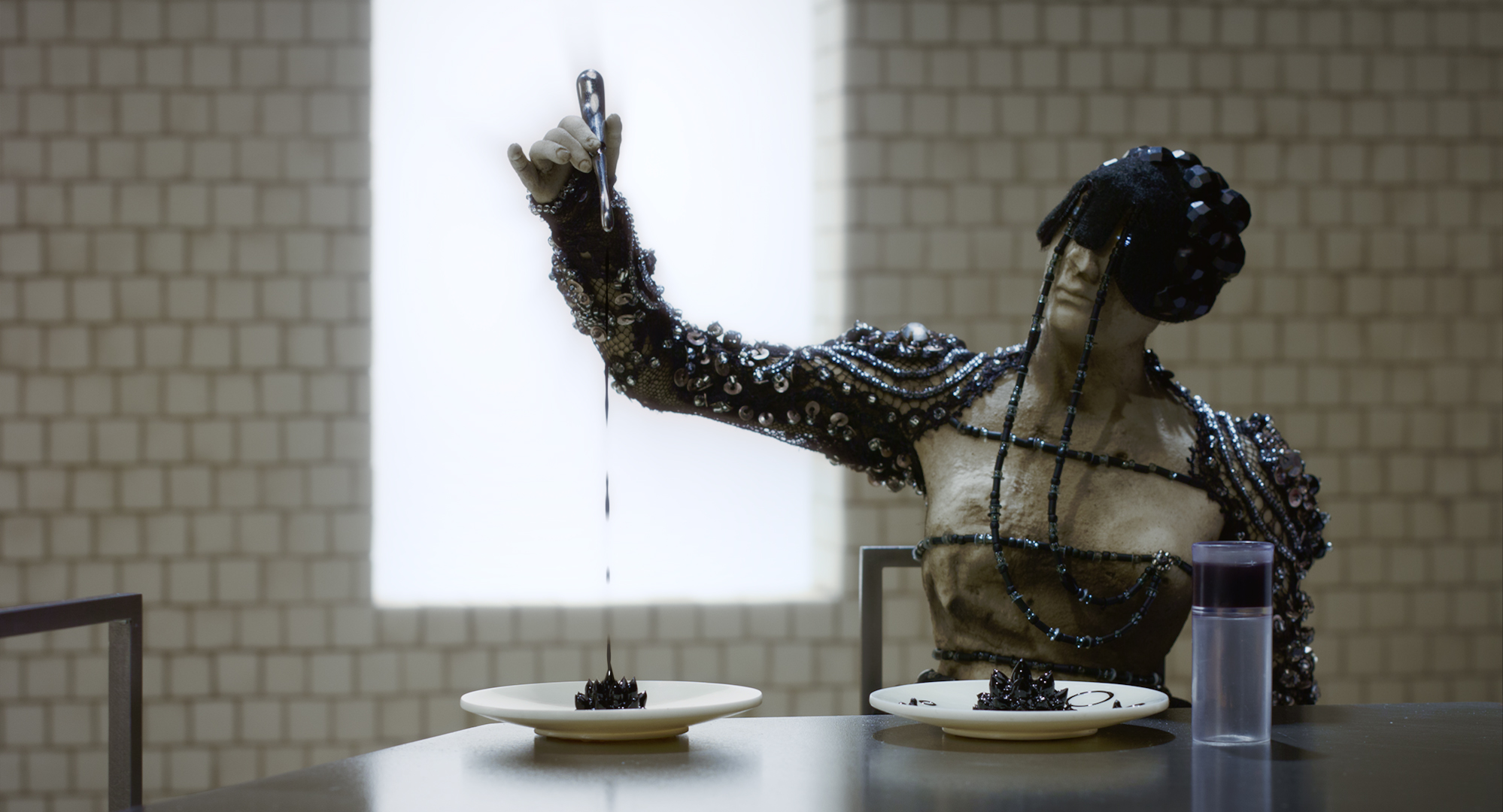 Finity Calling (2018) is one of Jasper Kuipers‘ independent works: An empty room with five people sitting at a table that seats six. Their withered bodies adorned with lush fabrics and jewelry, they spend eternity playing with their food. A charged silence fills the air. When the fragile equilibrium in the group is broken by the boy, the results are explosive.

From his studio space in Breda Jasper Kuipers has worked on a diverse range of commissioned projects spanning from educational films and music videos to installations and video projections for theater. Besides his commissioned work he has continued to work on independent films in various traditional techniques like Claymation, drawn animation and stop-motion with puppets. 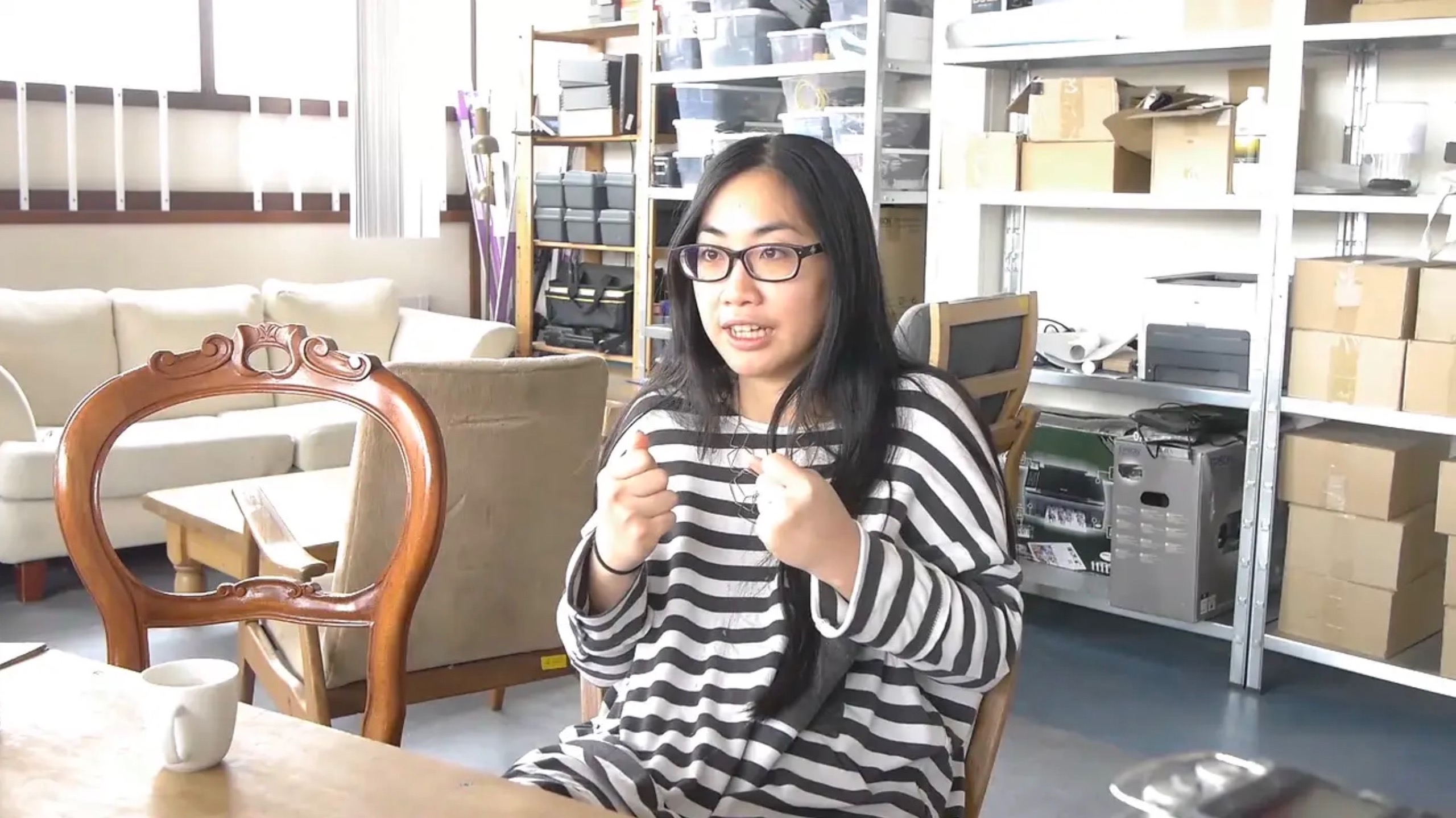 The last video that will be screened Should I Stay Or Should I Go (2019) by Matteo Marangoni shows members of the international artist community in The Hague. They were interviewed over questions of ethnic identity and their own direct experience of migration.

The picture that emerges is far from the common and polarizing stereotypes surrounding migration: what we find are neither representatives of a powerful global elite, nor refugees escaping the devastation of war. We find a group of people who came to The Hague as students in search for personal growth, creative and personal freedom and work opportunities.

While recounting difficulties adapting to the local culture and confronting negative stereotypes, state bureaucracy, and the longing for familiarity or family, participants also voice their gratitude for the opportunities received and their commitment to giving back to the place that welcomed them.

This video documents the research phase which lead to an exhibition by the same title, which will be presented from May 29 to June 14 at Quartair, a contemporary art initiative in the Hague.

Matteo Marangoni is an artist and community organiser interested in sonic rituals, DIY media and applied utopianism. His artistic practice focuses on creating spatial experiences probing the relationship between subject and object. As organiser he coordinates the program of iii (instrument inventors initiative) and curates the performance series No Patent Pending.