The 33rd edition of iii’s nomadic series features an eclectic mix of performances which share an intuitive and primarily non-verbal approach to composing with objects, bodies and everyday materials. Searching for the uncommon in the common, physical gestures, material  assemblages and algorithmic abstractions collaborate to restructure the time and space of perception. Copenhagen based Nina Essendrop will present her participatory work Human Experience, as part of a three day focus on Larp.  Dianne Verdonk will perform with a new physical sequencer that she is developing for creating sonic textures. Jeroen Uyttendaele will present Avlas, a piece exploring colour and sound combinations through the physical manipulation of light. Natalie Fyfe will embody the discomfort of  public speaking. Hong Kong exchange artist Fiona Lee and local resident Matthias König will also both present the outcome of their residency at iii. 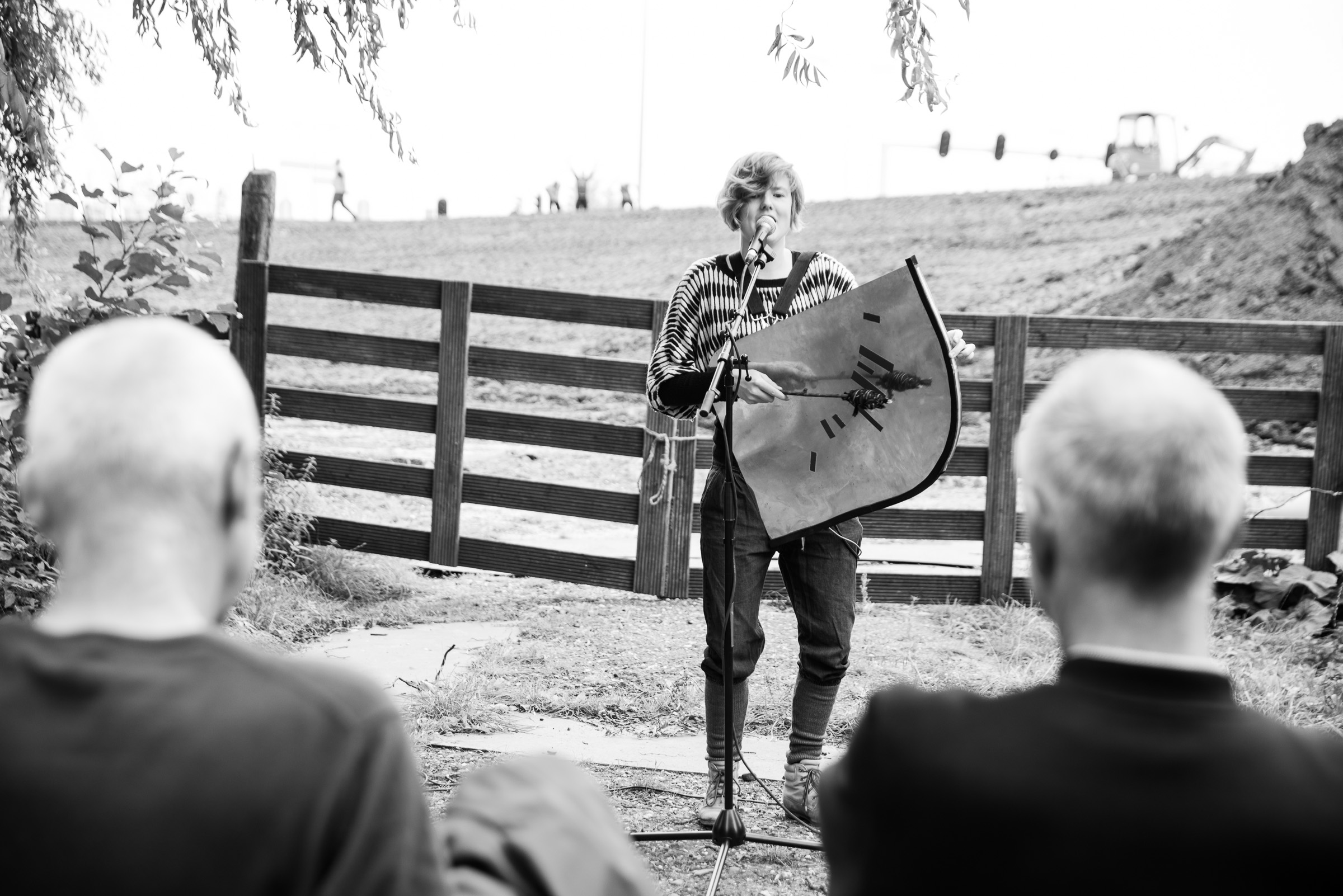 Dianne Verdonk – performer, composer and instrument developer – seeks the ultimate, personal form of musical expression in the creation and performance of electroacoustic music. For years, she operated within different contexts as a double bass- and cello player, but her craving for making and performing electronic music roused her to start the creation of La Diantenne, an electronic instrument to realize her personal needs for expression. 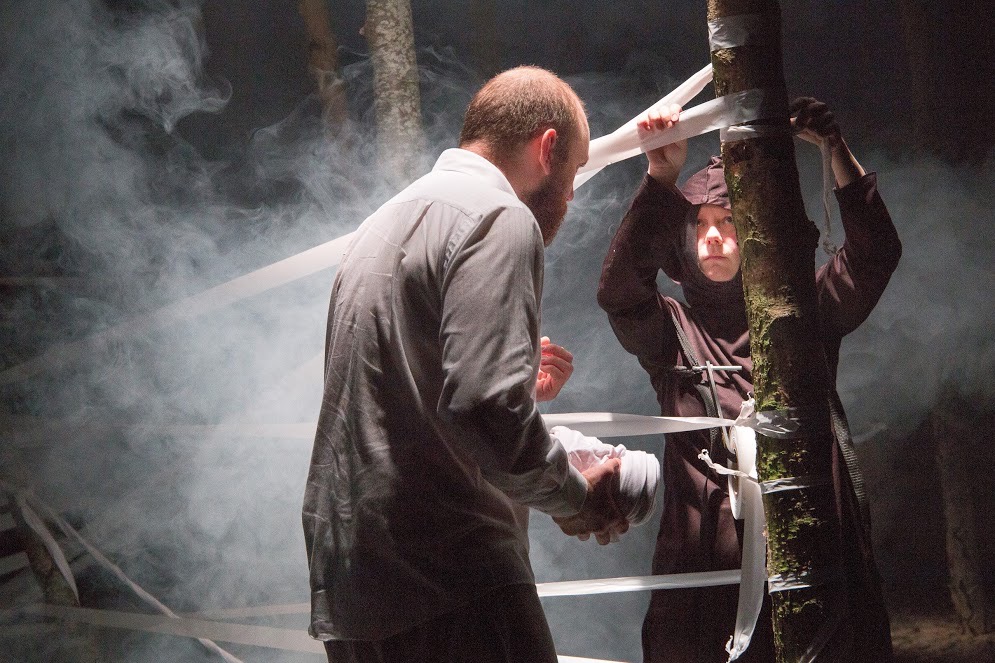 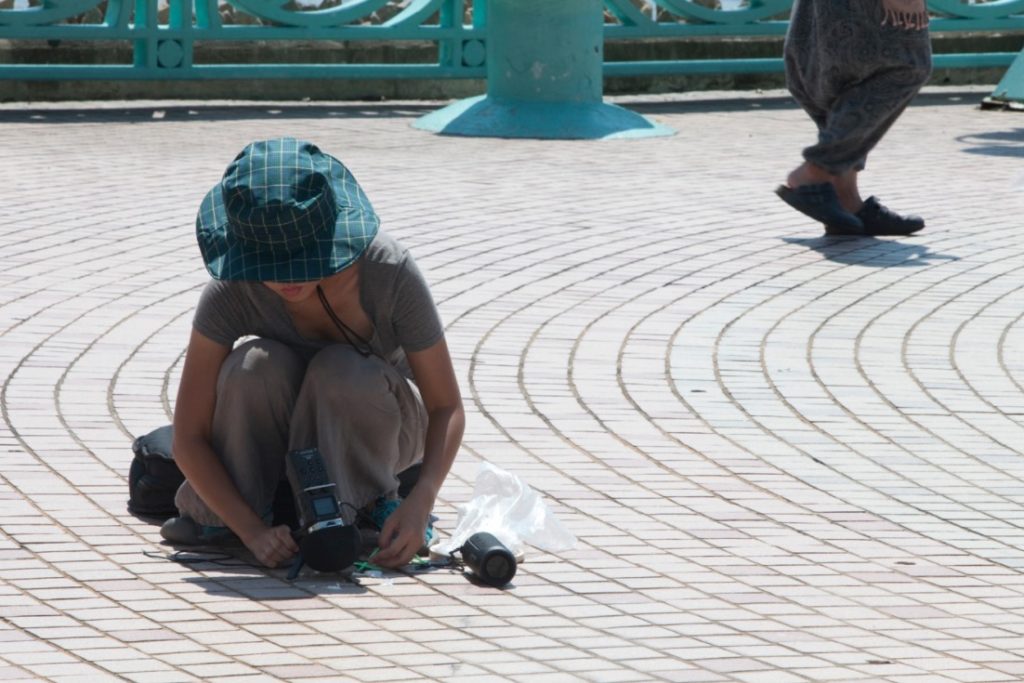 Natalie Fyfe is an artist and performer who positions herself at the border of art and music. With an interest in psychopathology Natalie composes with mundane sounds and isolated body parts to create intersections of control between delusion and reality. Natalie’s works are derived from her own personal experiences with mental health but navigate towards her audience to play with expectations and perceptions. 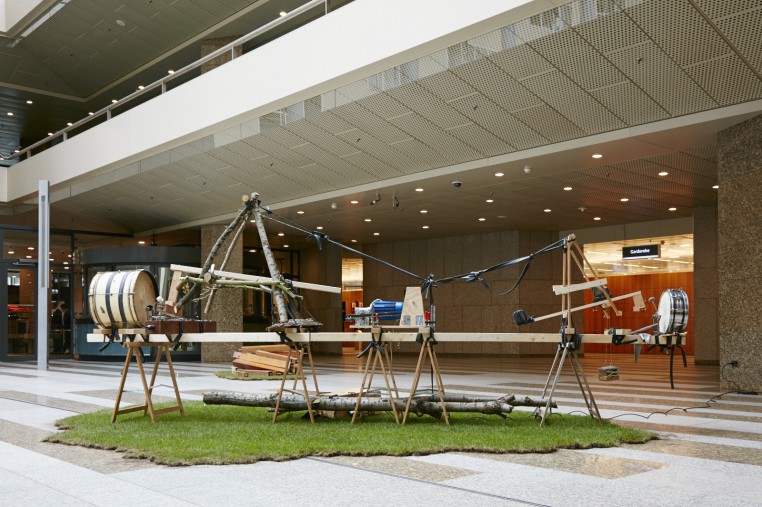 Matthias König is an artist and a musician/producer, based in The Hague (NL). His work is defined in sculptures, installations, drawings and music, but most of the time it‘s a symbiosis of these elements. His artistic practice is based on the creation of compositions with a specific acoustic and physical interaction, where form and sound coexist. The playful, unpredictable aspects of this interaction has his main interest. The specific qualities of music like tone, dynamics, rhythm, timbre and its swiftly immateriality create the poetic counterpart of the physical and visual. With a visual and more or less static space for the quick and fleeting properties of time — as such almost stretched towards infinity — he creates an oscillating experience of constant change. The ambiguity in the sensory perception is an open invitation to explore an audible and visual space, where time seems to evaporate. 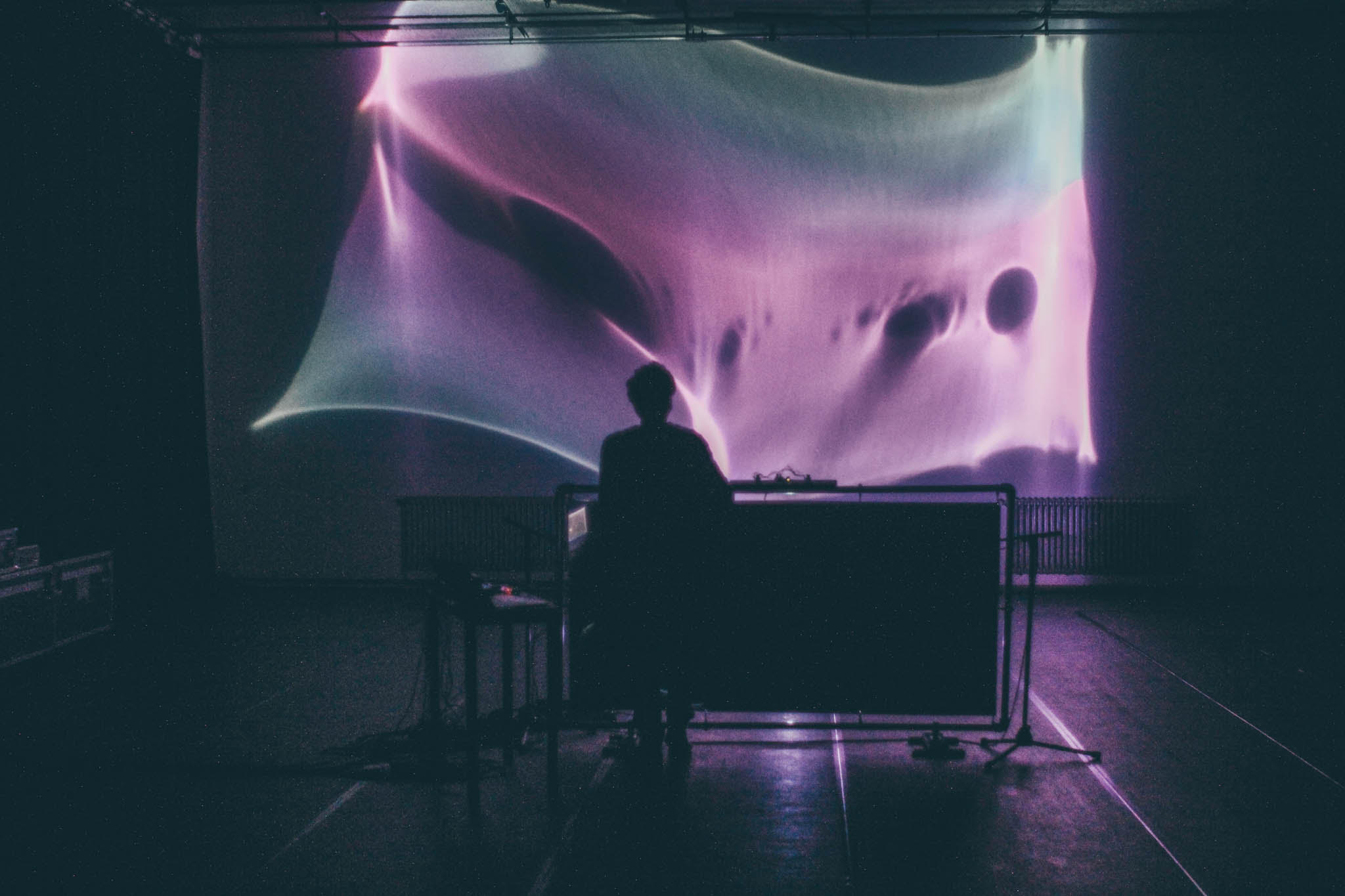 Jeroen Uyttendaele is interested in sound and it’s relation to light, space, time and the viewer.  This translates itself in the development of audiovisual instruments, installations and sound compositions. His works often exploit basic properties of technology such as electricity, metal, conductive materials as the main tools for expression. 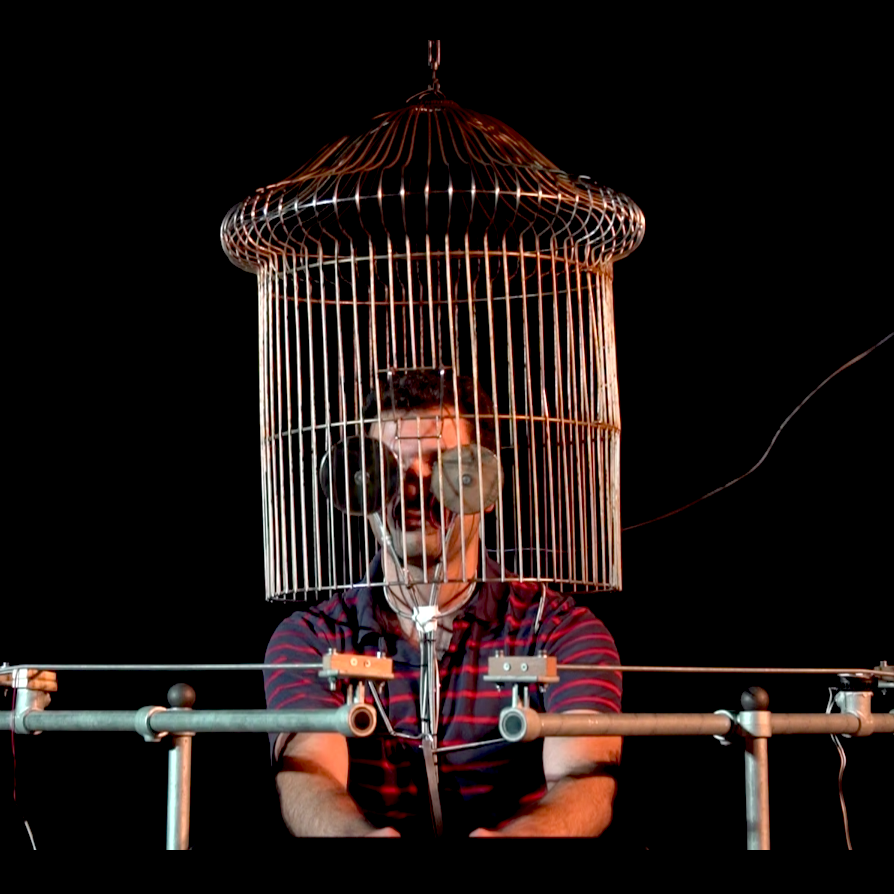 Erfan Abdi (1983 – Tehran) is an artist, designer and performer based in The Hague. Creating sensory stimulation to invoke active perception is Erfan’s way of investigating the intra-actions between the artist, the instrument, and the audience. In his instrument design practice, he takes advantage of the possibilities offered by DIY technology, and employs found or repurposed material, seeking alternative ways to connect to the world of production and consumption.