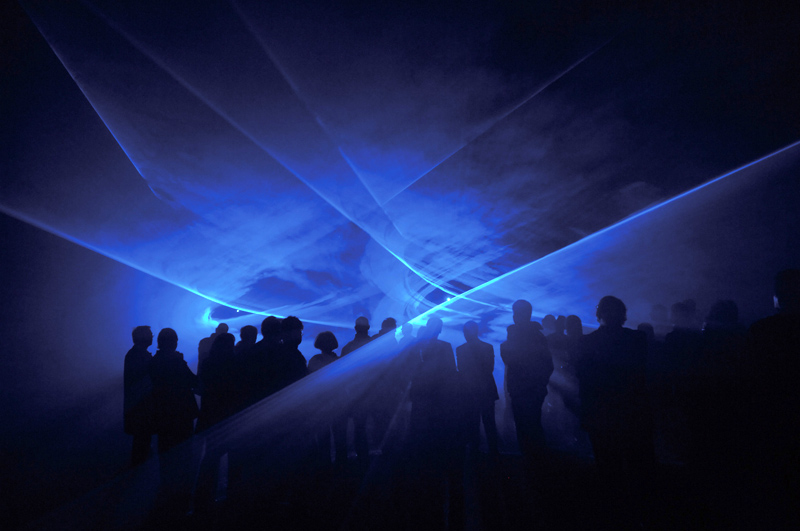 The 39th edition of iii’s No Patent Pending series will take place as part of the program of Rewire Festival 2020. Dystopian, cyberpunk and machine aesthetics underscore an immersive theatrical experience where the virtual, the mechanical and the flesh collide, flowing between moments of contemplation and physically intimidating bursts of activity generating sensory overload.

The program will present within a continuous dramaturgy a series of individual performances by iii members and guests. Jesus Canuto Iglesias will present his new work “The Last Song of a Two Stroke Engine” for brass instruments powered by fossil fuel combustion; Gabriela Prochazka will conjure an avatar giving advice over “How to be a Good Citizen of the 21st Century”; Mariska de Groot with Ludmila Rodrigues and Mei-Yi Lee will perform an optical sound choreography extracted from iii’s 2017 silent film production of “Häxan, Witchcraft Through the Ages”; Ji Youn Kang will manipulate audio feedback with computer code and hand gestures in “Space speaks, Are you listening?”; Pelle Schilling will invite the audience to a trial by fire under a rain of sparks in “Incandescence Rain”. A special guest on this occasion will be Edwin van der Heide, who’s personal work and teachings have had a seminal influence on the activities of iii. Edwin van der Heide will perform “LSP” (laser sound performance), a composed spatial experience in which the architectural quality of light builds upon, and simultaneously intersects with, the spatial perception of sound. 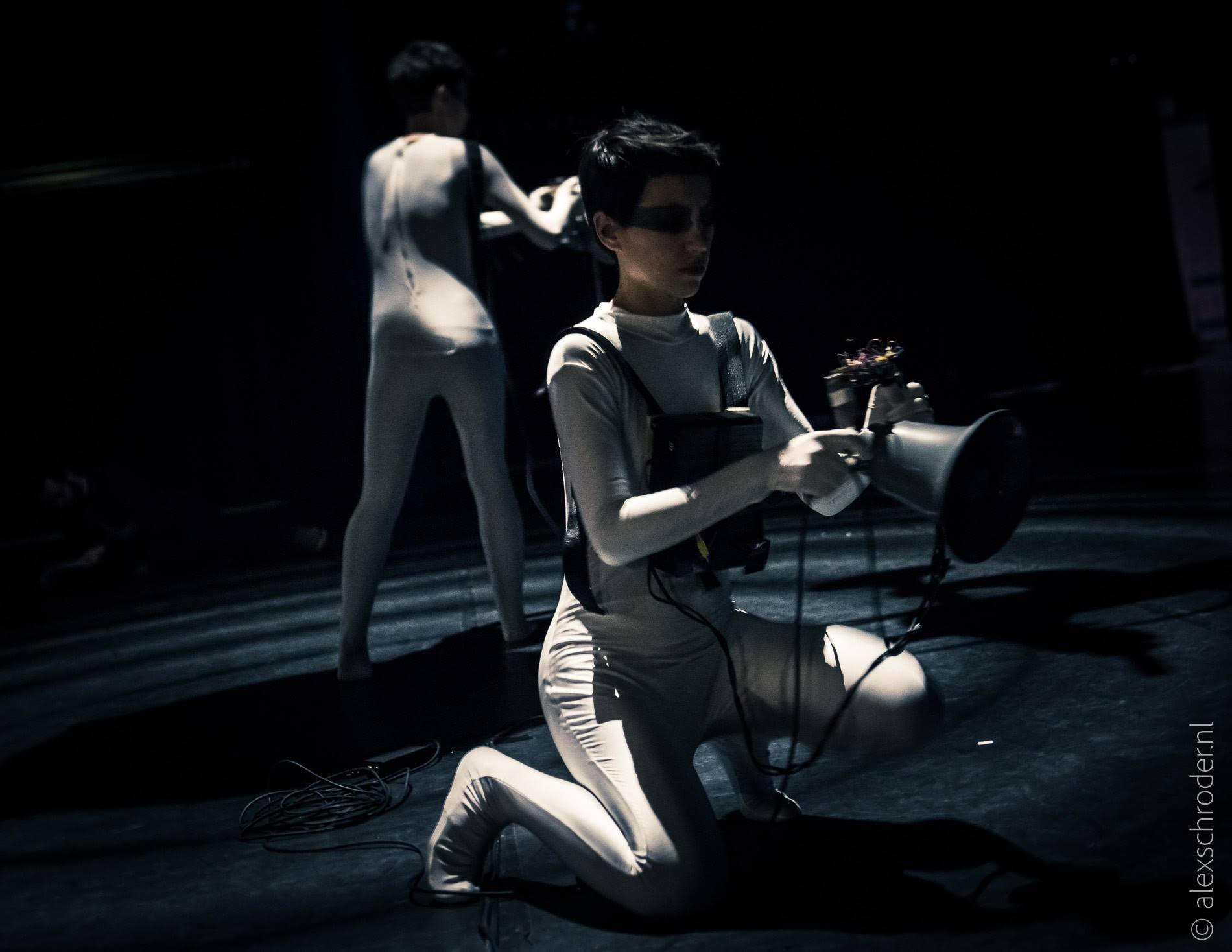 Edwin van der Heide is an artist, composer and researcher in the field of sound, space and interaction. He extends musical composition and musical language into spatial, interactive and interdisciplinary directions. The audience is placed in the middle of the work and challenged to actively explore it.

Gabriela Prochazka is a multimedia artist with a focus in light art. She often collaborates with musicians and sound designers to create a complex immersion in her artwork. She’s interested in the intersection of light design, audiovisual performances, club culture, and fine arts.

Mariska de Groot makes, performs and composes for analog light-to-sound instruments. Her work often has a reference to media inventions from the past, with which she aims to excite a multi-sensorial and phenomenological experience in light, sound, movement and space.

Ji Youn Kang composes for both traditional and non-traditional instruments, exploring the relationship between musical and physical spaces and taking inspiration from the rhythmical elements and the noisy sound sources involved in Korean ritual music.

Pelle Schilling is a young artist from Amsterdam who works with natural phenomena, chaotic processes and large machines, creating experiences that are both delicate and threatening,

​Jesus Canuto Iglesias is a multidisciplinary artist and fresh graduate from the Artscience Interfaculty who creates compositions for self-made, digitally controlled mechanical apparatuses that encompass the presentation space and the observer.

No Patent Pending #39 is presented by iii in collaboration with Rewire Festival with financial support from The Municipality of The Hague, Stroom Den Haag, The Creative Industries Fund NL and The Performing Arts Fund NL 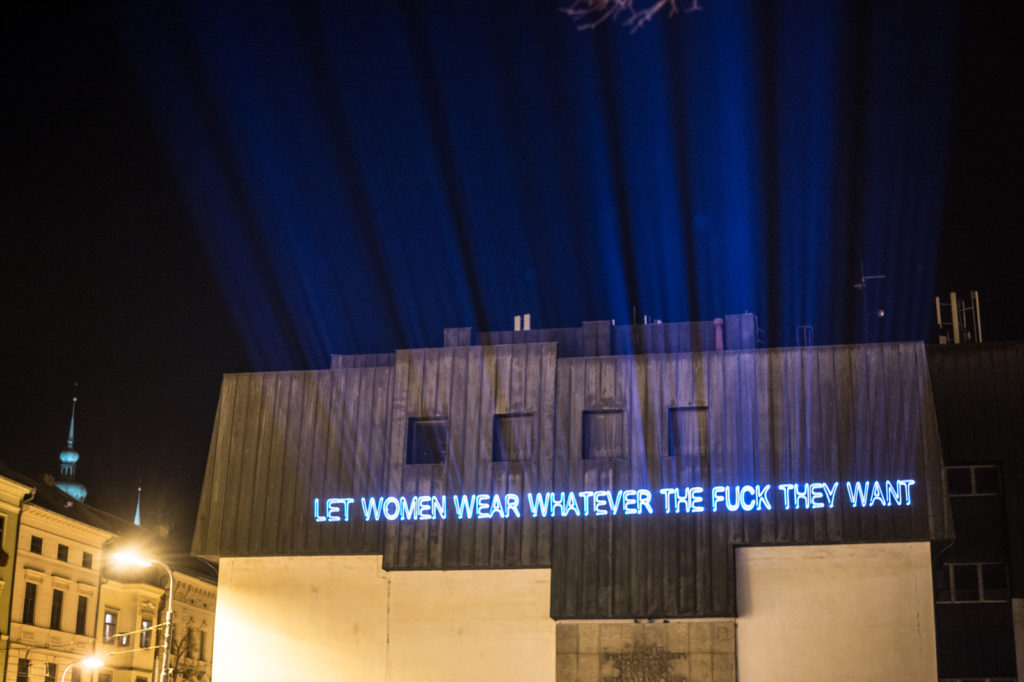 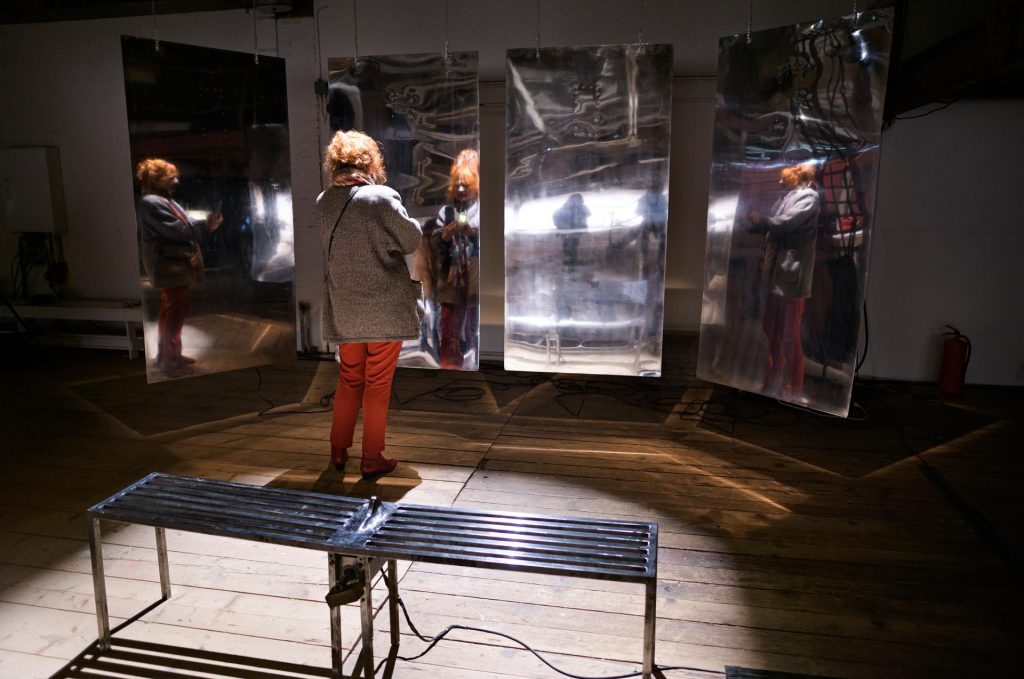