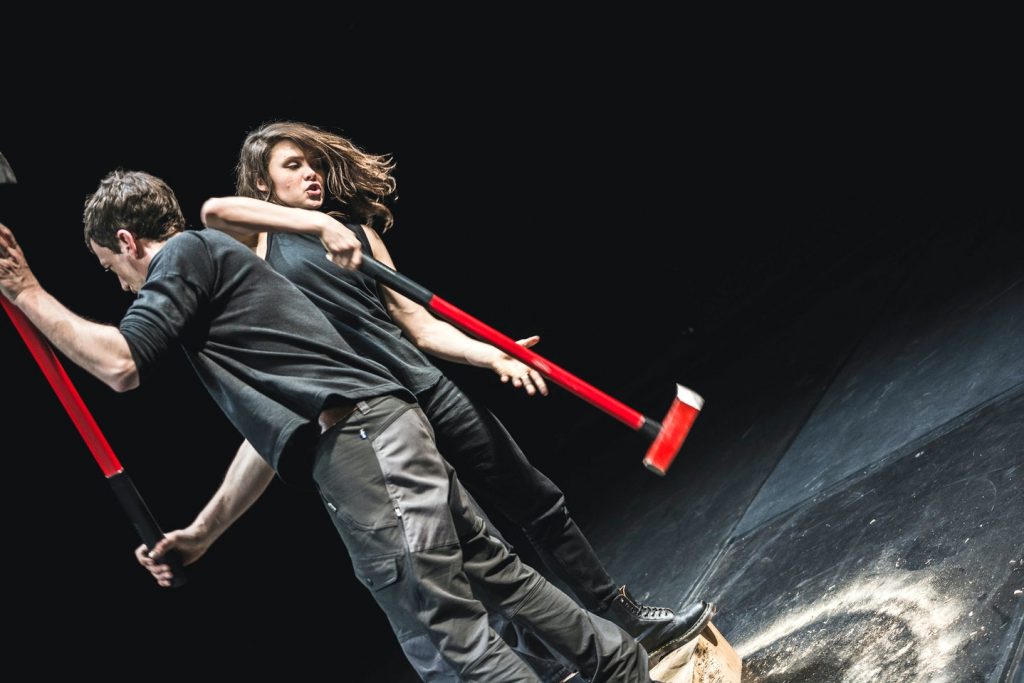 UPDATE:
Due to COVID-19 travel restrictions, the performance Again The Sunset, by Inga Huld Hàkonardòttir and Yann Leguay unfortunately has been cancelled. The rest of the program will continue as planned.

Presented in collaboration with STUK, Leuven and CMHK.

The 40th edition of No Patent Pending returns at iii workspace, for the first time for a distantly seated audience of no more than 20 visitors. This edition of the series will present a collaboration between Inga Huld Hàkonardòttir and Yann Leguay, new work by iii artists in residence Perspectives and Andio Lai as well as a performance by our new iii workspace member Mihalis Shammas.

Again The Sunset, by Inga Huld Hàkonardòttir and Yann Leguay, takes the concept of a love song and stretches its form to a physical and visual unfolding of events. Two performers on stage work together to present rational and abstract contemplations on intimacy through song, movement and musical encounters with materiality.

Kyklophonon is an upright stringed instrument developed by Mihalis Shammas since 2015. It was initially conceived as the physical equivalent to a digital sequencer: an artifact that can produce numberless musical sequences through the manipulation of its physical parts. With a main body cut out of wood, standing on four iron columns, meshing together saz strings, ball bearings, fishing weights and piezoelectric transducers, the Kyklophonon incorporates a number of peculiar mechanisms that can be either manually handled or mechanically automated to produce a unique, ethereal sound.

Inga Huld Hákonardóttir (1990, Iceland) is currently based in Brussels where she works as choreographer, performer and dancer. She graduated from P.A.R.T.S in 2014 and has created several performance works in various collaborative constellations.

Yann Leguay focuses on the notions of dematerialization thru sounds and objects,  the use of interfaces and everything about the materiality of memory. In his sound practice he was defined as a “media saboteur” by the Consumer Waste label, seeking to fold this materiality in on itself using basic means in the form of objects, music and performances.

Antoine Josselin is a French percussionist and music teacher. He has collaborated with instrumental groups such as Slagwerk Den Haag and The New European Ensemble, as well as being a member of performance- and percussion duo Bimetric together with José Silva. Their past projects include collaborations with composer Karmit Fadael on her piece ‘Paringdance’ for which they received first prize at the TROMP International Percussion Competition. In 2018, Antoine obtained his master’s degree in percussion from the Royal Conservatoire of the Hague. He is currently working as a freelance musician and teacher, as well as playing with trio Amici3 and Bimetric. 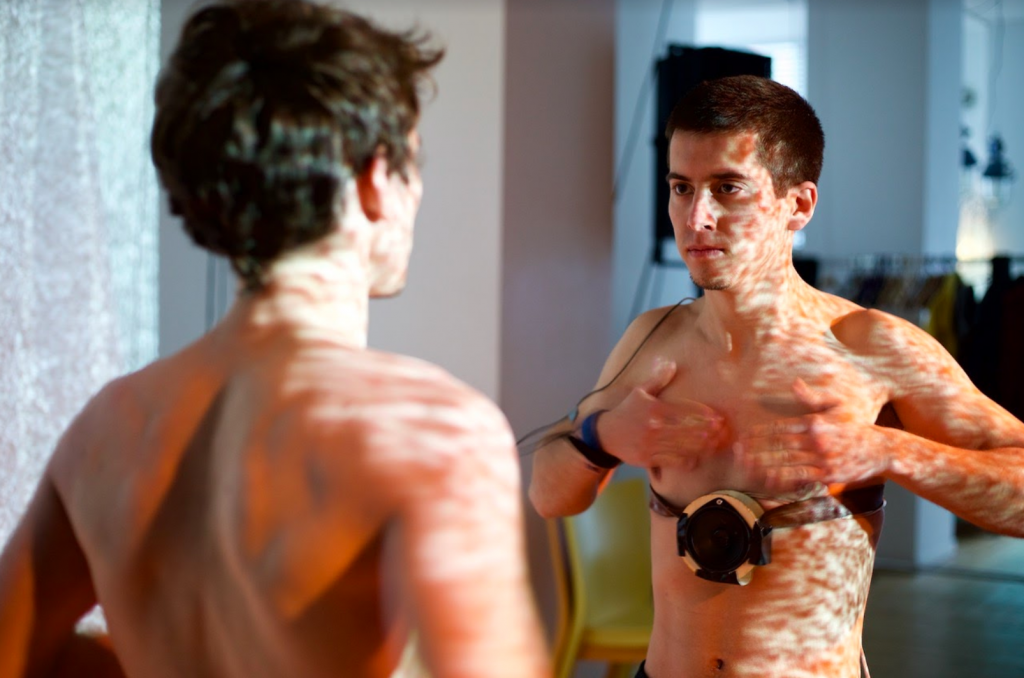 Marco Torres Lunshof is a Colombian electrical guitarist graduated from the Pontificia Universidad Javeriana in Bogotá, Colombia. In the past, he has worked both as a session-musician, music teacher, musical event manager, and composer. Moreover, he has participated in JAZZ contests and festivals both in Colombia and internationally. Marco is currently enrolled in the program ‘Art of Sound’ at the Royal Conservatory of The Hague.

Ricardo J. Oliveira (Portugal, 1995) obtained his master’s degree in percussion and orchestra specialization in 2020 from the Royal Conservatory of The Hague, being student of Hans Zonderop, Niels Meliefste, Pepe Garcia, Theun van Nieuwburg and Rob Verhagen. As a soloist, Ricardo has participated in masterclasses, e.g. with Alexandre Experet, SO Percussion, Aly D’Nyane Rose, Marinus Kmost. Moreover, he has worked with several orchestras and ensembles, including Noord Nederlands Orkest, Radio Phillarmonish Orkest and Slagwerk Den Haag.

Soyun Park is an interdisciplinary artist, designer and founder of an audio-visual community studio RGBdog. She’s from South Korea, based in The Hague, The Netherlands. Often in collaboration with sound artists, her work takes forms of videos, installations, audio-visual performances experimenting variety of new media and technology, investigating connection and the gap between the RGB world and reality which are getting thinner every day. 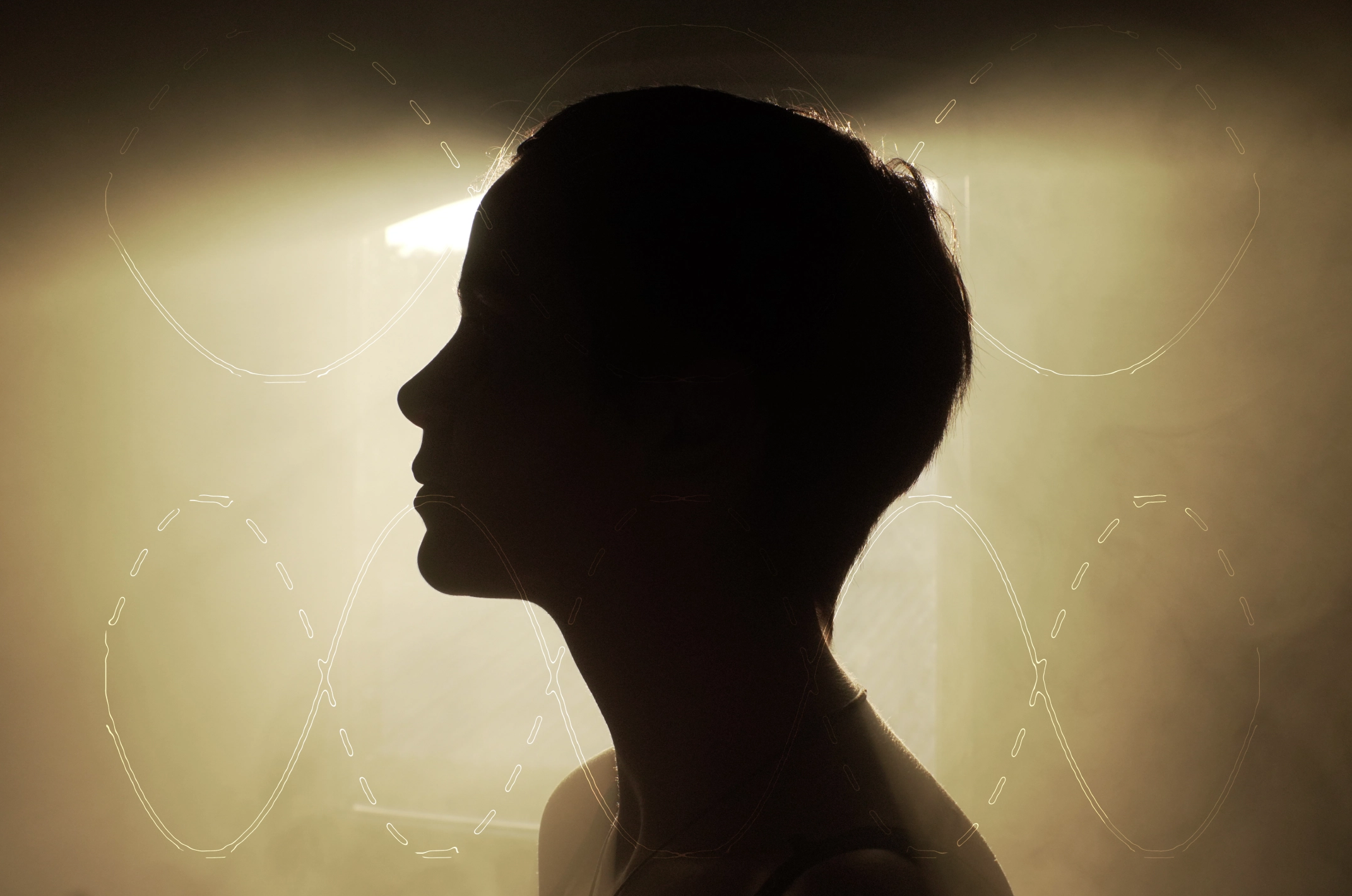 Sól Ey is an Icelandic sound artist, instrument developer and performer based in The Hague. In her work, sound is often explored as a tangible or architectonic phenomenon. Its relation with space is in focus, resulting in installations and performances that are often site-specific or actively involve the audience. She is founder of the Reykjavik-based media art collective RASK.

Andio Lai is interested in making sound objects and machine art, some are built to be used in his sonic performances. Through the practice of media archeology, studying tools development and the relative history of interfaces, his works focus on the subject matter of experimental instrument, playing and human-machine relation.

Mihalis Shammas is a Cypriot (b.1988) musician and kinetic artist. His work is driven by an urge to create meaningful objects and tools for expression, exploring the space between machine and narrative. Amidst mechanical precision and poetic error, his artifacts carry about the imaginary dimension of the “useless machine”, their technological nature muddled by their narrative capacities.