Notesaaz at Concert of Bodies

Concert of Bodies brings before your eyes sounding bodies in all their physicality. Sonorous, invisible, imaginary, impalpable, yet physical, visceral, pulsating and alive bodies! 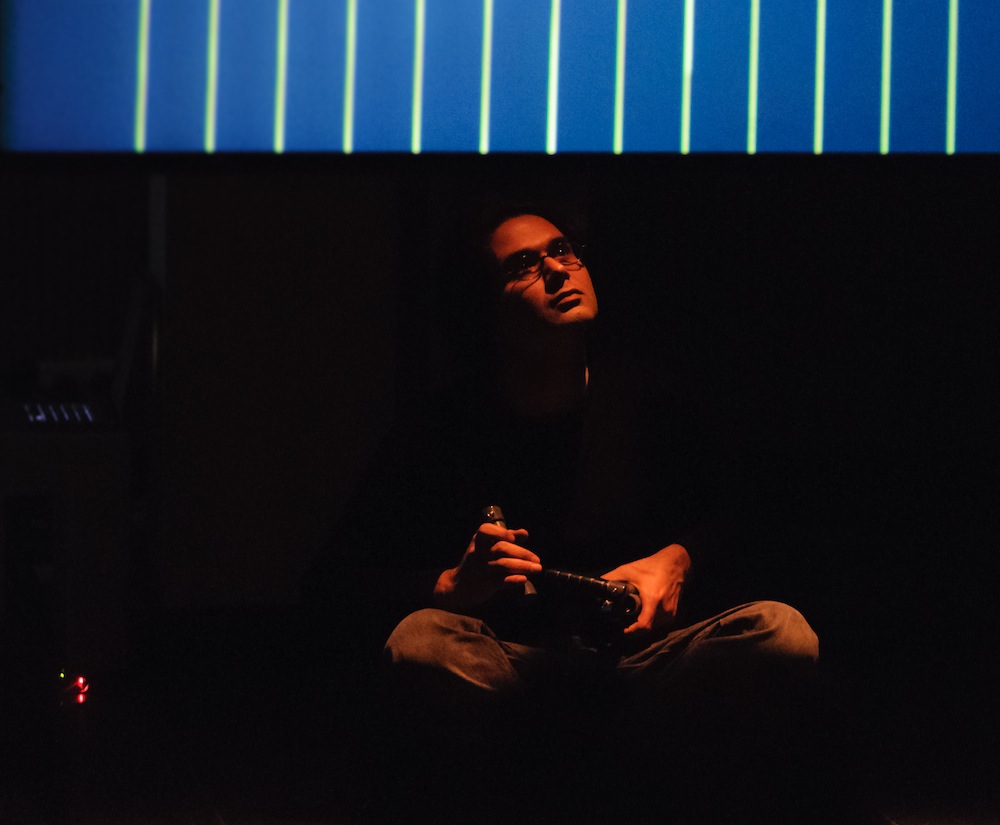 Concert of Bodies brings before your eyes sounding bodies in all their physicality. Sonorous, invisible, imaginary, impalpable, yet physical, visceral, pulsating and alive bodies!

Join us for a night of music where sound materiality is caressed, touched, molded and torn only to escape the digital and reach out for your ears.

The performance embodies, before the audience, the metaphor of an invisible and unknown object enclosed in my hands. This is made of malleable sonic matter. Similarly to a mime, I model the object in the empty space by means of whole-body gestures. By using the biophysical musical instrument “Xth Sense”, my favourite instrument since 4 years now, the bioacoustic sound produced by the contractions of my muscle tissues is amplified, digitally processed, and played back through several loudspeakers. The natural sound of my muscles and its virtual counterpart blend together into an unstable sonic object. This oscillates between a state of high density and one of violent release. As the listeners imagine the object’s shape by following my gesture, the sonic stimuli induce a perceptual coupling. The listeners see through sound the sculpture which their sight cannot perceive.

Performer, body tinkerer, biotech creator and writer Marco Donnarumma explores the dimensions of the body in relation to real, virtual and cultural space. Using natural and technological media, his works disrupt the flesh to uncover unknown traits of human nature. He is known for his wide range of body-based creations, that include intense physical performance, sound, light and video, Butoh, dance and media theatre. He makes open biotechnologies and bodily interactive systems. Currently, as a PhD student at Goldsmiths London with Atau Tanaka and Matthew Fuller, he investigates how body theory can provide perspectives on the design of combined biosensing and machine learning technologies for music and the performing arts. He is a Harvestworks Creativity + Technology = Enterprise Fellow in New York, US, with support by the Rockefeller Foundation.

Wezen translation:
be, character, creature, essence, gist, nature, being, intelligence, also orphans.
Wezen (2012-4; work in progress) is a solo music-theatre work where I try to explore the relationship between theatrical gesture and musical instrument, between
the body and the sonic world.

Gewording
Gewording (Becoming) is the first performance version where the link
between physical and sonic gesture is explored during a live
performance, combining movement of the body and live coding.

Marije Baalman is an artist and researcher/developer working in the
field of interactive sound art. She has a diverse background in
physics, sound and sensor technologies, and has worked in the field of
interactive sound art, making installations and performances
(dance/music). In her artistic work she is interested in the realtime
components of the work, in that nothing is precomposed as such, but
rather the sonic or light output depends on realtime interactions, be
it of the performer or of the audience.

Notesaaz is both a new physical interface meant for musical performance and a proposal for a three stage process where the controller is used to navigate within a graphical score that on its turn controls the sound generation. It can be seen as a dynamic and understandable way of using dynamic mapping between the sensor input and the sound generation. Notesaaz suggests an alternative way for designing electronic music instruments that creates a new level of engagement for the performer, and shows new possibilities for staging the performer-instrument relationship in live electronic performances. By showing the graphical system to both the performer and the audience, the audience is invited to engage themselves more in what is played and to anticipate on what happens next.

Erfan Abdi is an Iranian artist and designer based in The Hague, The Netherlands. He has a background in graphic design, electronic as well as traditional Persian music, video production, computer programming and physical prototyping. His works include interface and interaction design to live performance, music composition, video, installation and graphic design. He focuses on the relationships between image and sound and its applications in performing arts. He has shown his works in festivals such as Arselectronica, Todaysart and STRP.