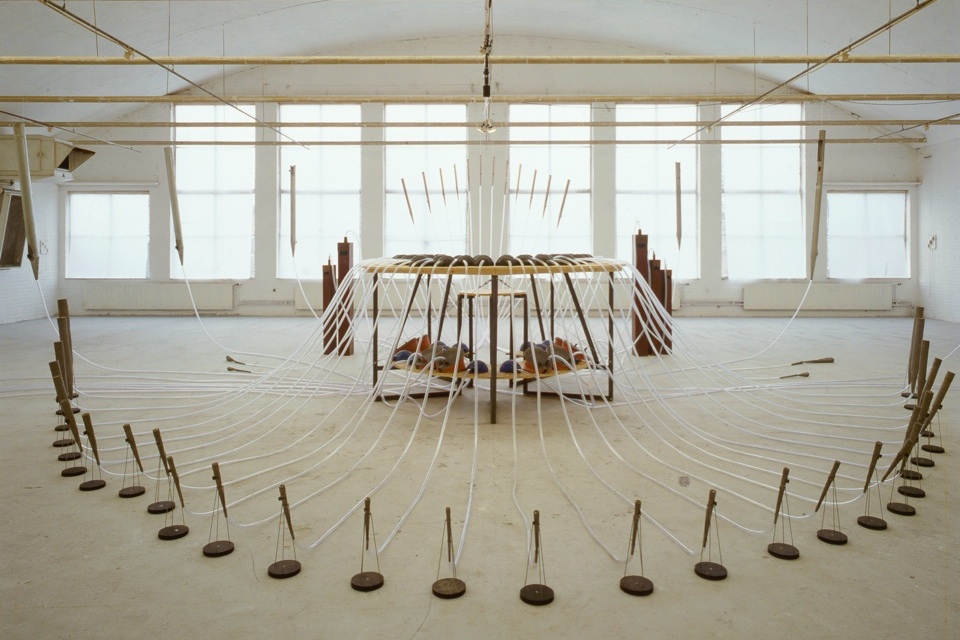 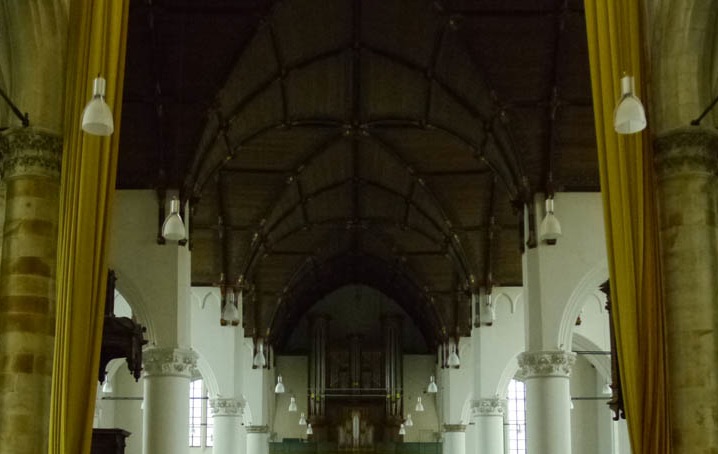 Rites for a New Utopia is a theatrical event that responds to two aspirations: the dream of abolishing traditional social hierarchies, enacted by refusing to accept the rigid separation between composer, performer, instrument maker and audience, and the ambition of returning to an ancestral unity of the arts by combining image, sound, space, movement and the body within the continuum of esthetic experience.

The program will feature two new works for the 17th century carillon of the Grote Kerk by Lars Kynde and Ángel Faraldo and performed by  Gijsbert Kok, exposing the particular overtone structure of the church bells from different spatial perspectives. Mariska de Groot, Matteo Marangoni and Dieter Vandoren will explore new forms of interaction between performers, audience and the hosting space through a swarm of artificial creatures which will mingle with the audience, and Matteo Marangoni will present a new site-specific iteration of his kinetic sculptures employing free aerophones to probe the boundaries of the heard and the unheard sound spectrum. The evening will end with a special performance of Partita for Variable Air Compression by Horst Rickels, a seminal work of Dutch sound art which was first presented in The Hague in 1989 and which will be performed by Rickels on his self-made organ Mercurius Wagen.

Rites for a New Utopia is presented by the artist-run platform iii in cooperation with Het Nutshuis and Dag in de Branding and is part of the celebrations for the 25th anniversary of the ArtScience Interfaculty.  The program is made possible with the additional support of the Municipality of The Hague, Prins Bernhard Cultuurfonds, the Creative Industries Fund NL and the Danish Arts Foundation.

Ángel Faraldo in an experimental musician interested in the systematic exploration of processes that maximize minimal resources. Active as a composer and improviser, his work extends into sound installations, site-specific performances and sound design for dance and opera.

Intrigued by the phenomena and history of optical sound, Mariska de Groot makes and performs comprehensive analog light-to-sound instruments and installations which explore this principle in new ways.

Matteo Marangoni is a DIY enthusiast that operates at the margins of various artistic disciplines. His practice investigates the perception of space and the subject-object dichotomy through processes that articulate the real within idiosyncratic rituals.

Horst Rickels is a composer, multi-intrumentalists and instrument maker. For many of his projects, the starting points are the site-specific qualities of a space. His work with new instruments focuses on the principle of instability of tuning-systems.

Drawing from his diverse backgrounds in music, informatics and interactive architecture, he is currently occupied with the development and performance of spatial, immersive audiovisual instruments with a strong focus on the embodied aspect of performance. 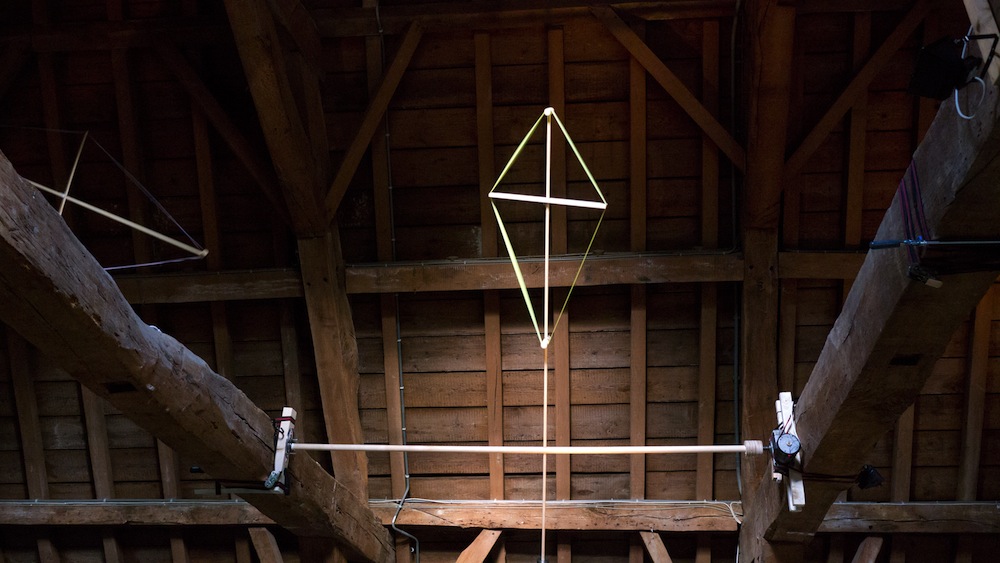