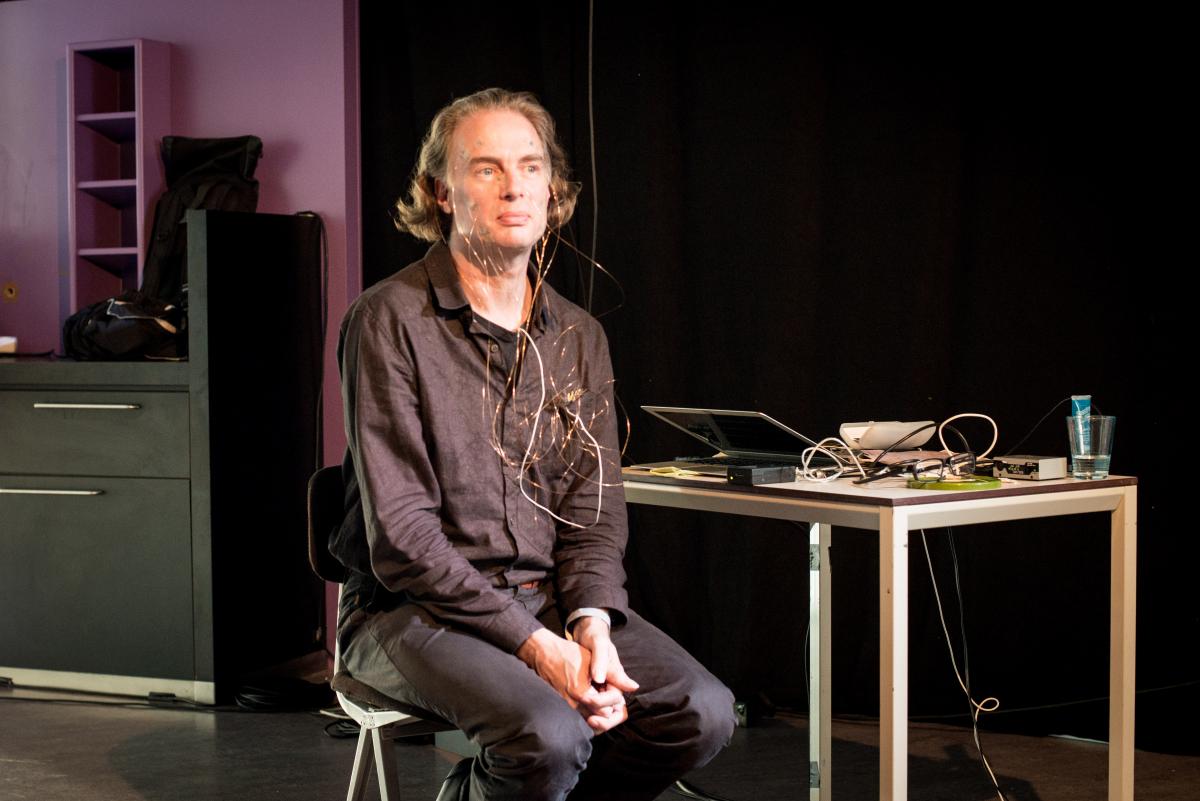 Rumori, meaning noise or rumour in Italian, is an ongoing radio project by Arthur Elsenaar. In this edition, Rumoriii, Arthur will be interviewing artists and highlighting works and themes from iii’s annual program. The show takes place every first Thursday of the month from March 5 to June 4.

In this episode on April 2, Arthur will be interviewing guest resident Jesus Canuto Iglesias, who will be presenting his work at No Patent Pending #39 during Rewire Festival on April 4.

Arthur Elsenaar is an artist, former radio and television pirate, radio dj and electrical engineer. His main occupation has been the artistic exploration of the computer-controlled human face.

A main driver and inspiration is the ephemeral nature of electricity and its intimate relationship with the human body, which played a decisive historic role in the harnessing of electricity. His electro-facial choreographic work has been shown world-wide and is part of museum collections.