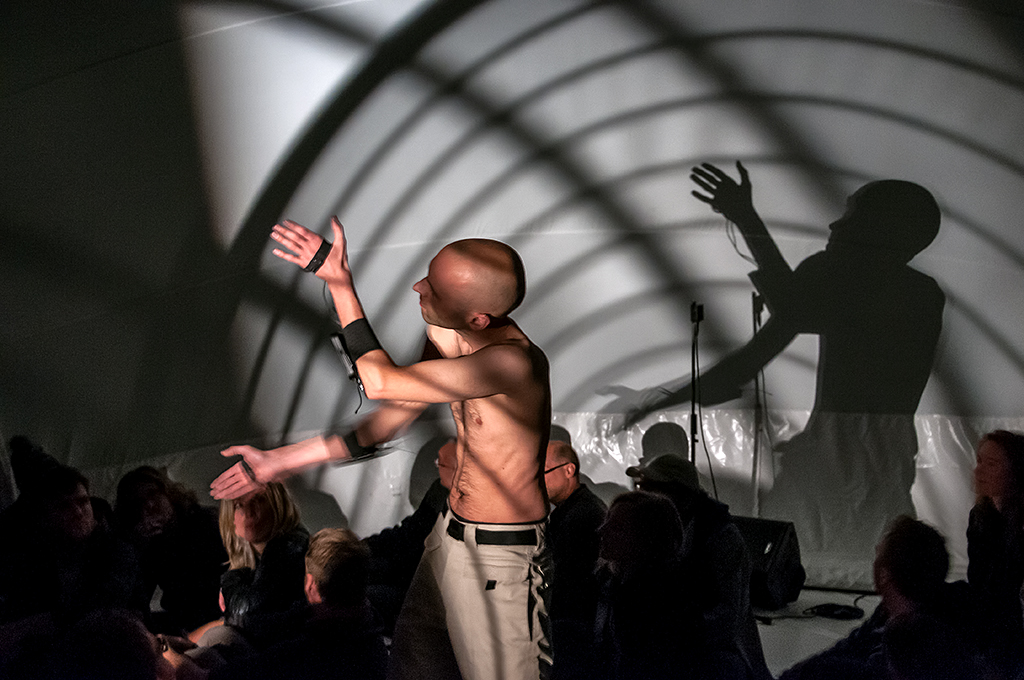 As part of the 100 Years of Bauhaus (January 16-24, 2019), iii will be presenting two performances at Akademie der Künste, Berlin. Dieter Vandoren and Mariska de Groot will present Shadow Puppet? and Matteo Marangoni will present Lampyridae.

Shadow Puppet? presents an interplay of embodied performance and analog machinery that gives rise to an engulfing play of light, shadow and raw optical sound. Two performers – one behind the machines and one in the spotlights – play this light-to-sound instrument in a dynamic tension of attraction and repulsion. It never gets quite clear who is conducting who…

In this project Dieter Vandoren and Mariska de Groot present a special collaboration wherein they integrate their respective expertises in embodied performance and analog machinery.

Lampyridae are artificial creatures which communicate between each other through light and sound. Each creature behaves autonomously following the same rules. Together they form a swarm of pulsing entities, generating changing patterns that evolve in space and time.

The work is an exploration of emergent swarm behaviours originating in the electronic simulation of ecosystems. Ideas developed for the purpose of  computational modelling are reinserted back into the physical space occupied by human bodies and the human senses, creating a space for contemplation that is fragile and unpredictable. 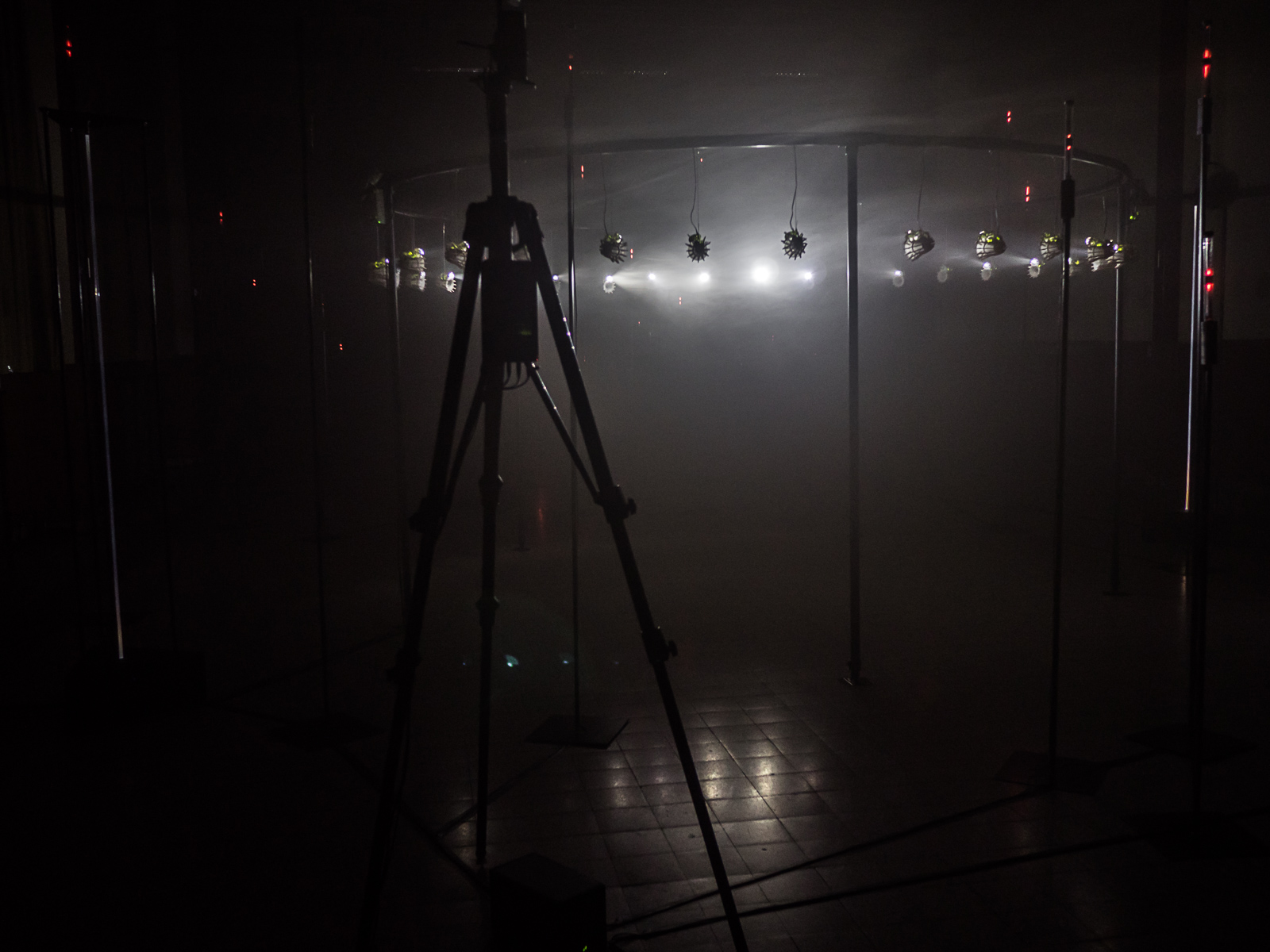 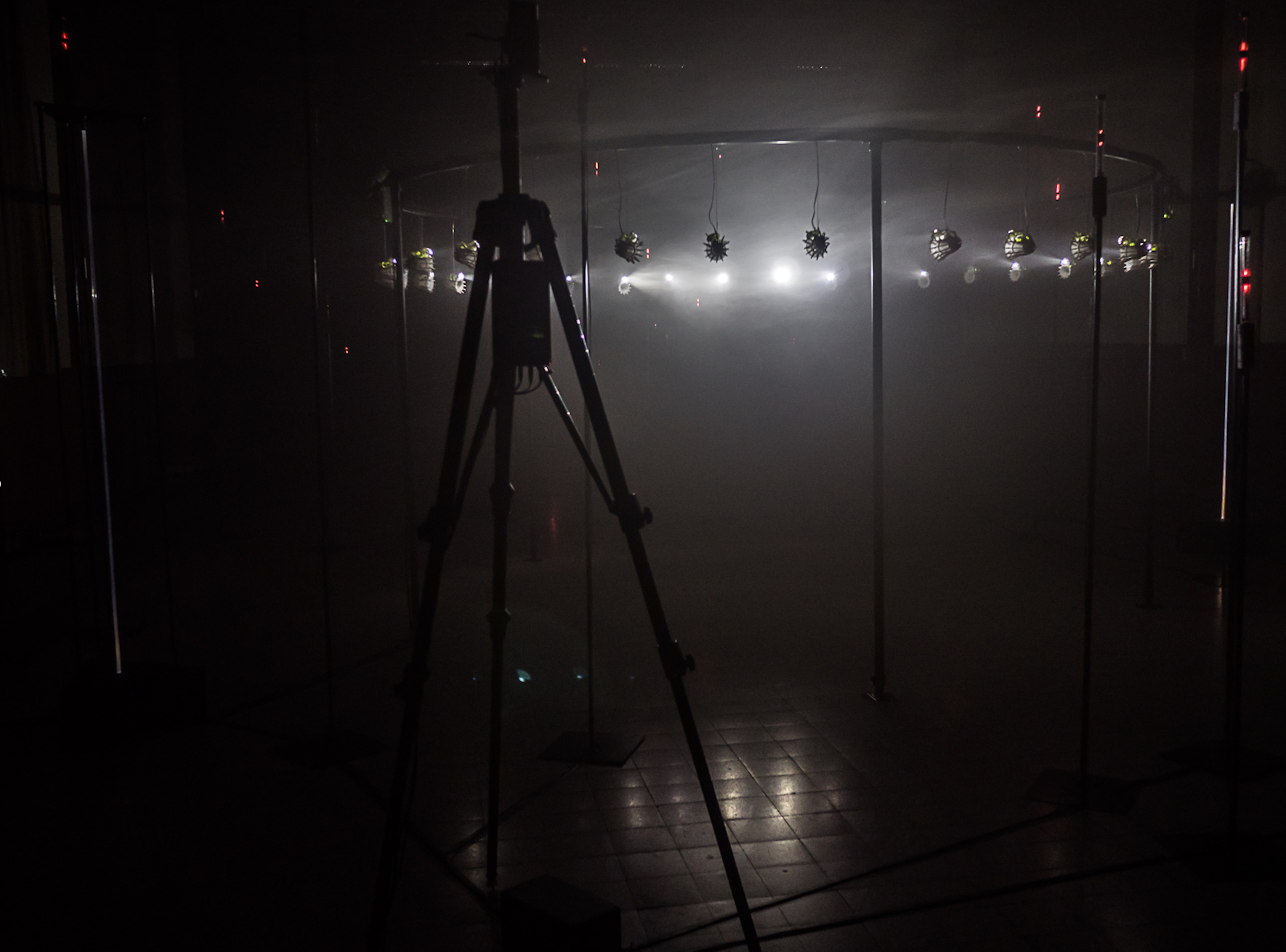