The Instrumental Subconscious – Part I

iii presents a performance program in collaboration with transmediale and Spektrum, showing five performances utilizing self-made media apparatuses, instruments and instrumentations which draw on distinctly subjective and idiosyncratic technological origins. This performance evening is the first half of the program. The second half will take place February 5th at Spektrum.

The artists presented all carry their own uniquely idiosyncratic imaginations against world-wide tendencies towards a digital monotechnics dominated by unified standards of instruments, instrumentations and play. The artists’ work tap into lost media histories as much as they play out subconscious urges to imagine media materials in new, alien forms. These unusual dream devices realize themselves in the four dimensions of sound, image, space and the body.

Ground is an audiovisual performance in which graphite drawings are used as control interface for electronic instruments. Graphite is a conductor for electricity. By using it as a variable resistor (instead of a standard knob) the pitch, amplitude and sound color of sound generators can be controlled. In this way Ground offers a field of possibilities in which auditive and visual elements are interconnected. Drawing, erasing, touching and slowly or rapidly (re)positioning the instruments on the drawing form the basis of performance and gesture. 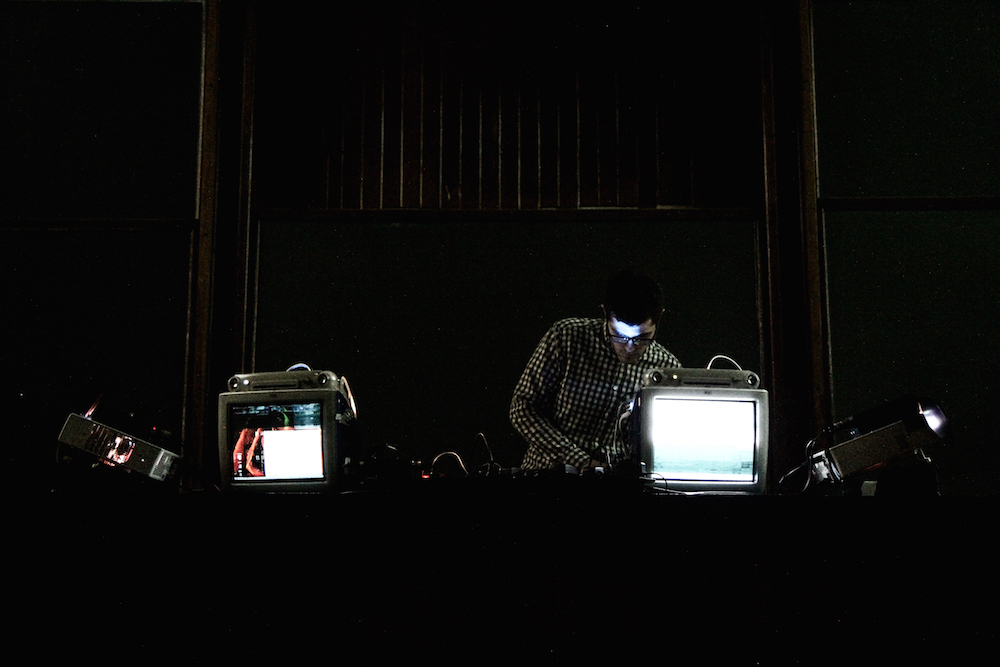 iMac Music is a sonic deconstruction of vintage iMac G3 computers, building up kinetic aesthetics and driving mechanical rhythms from the insides of the machines. The computers run software routines as visual distortions are created through live-hacking of the circuitry with fine- tipped sound amplifying probes. With these instruments the performers play live circuitry, using software and hardware as raw operating material for musical vandalism.