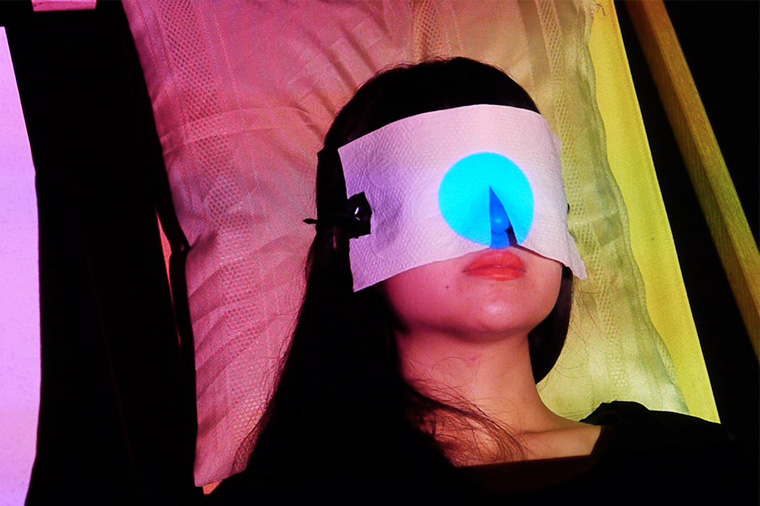 Based loosely on Ganzfeld experiments (a technique used in parapsychology in the 1970s as a way of invoking telepathy), Color Field Immersion involves masking the audience with semi-transparent blindfolds onto which light projections are mapped.  Similar to sensory deprivation, Color Field Immersion provides perceptual deprivation, replacing the entirety of each audience member’s visual field with washes of color, line, and movement – often inducing hallucinations as the brain seeks to replace lost stimuli.  Flipping the traditional performer-audience relationship, the internalized experience becomes the location of the performance.  Combined with rich, textural soundscapes, Color Field Immersion creates a deeply immersive perceptual architecture of sound and vision. 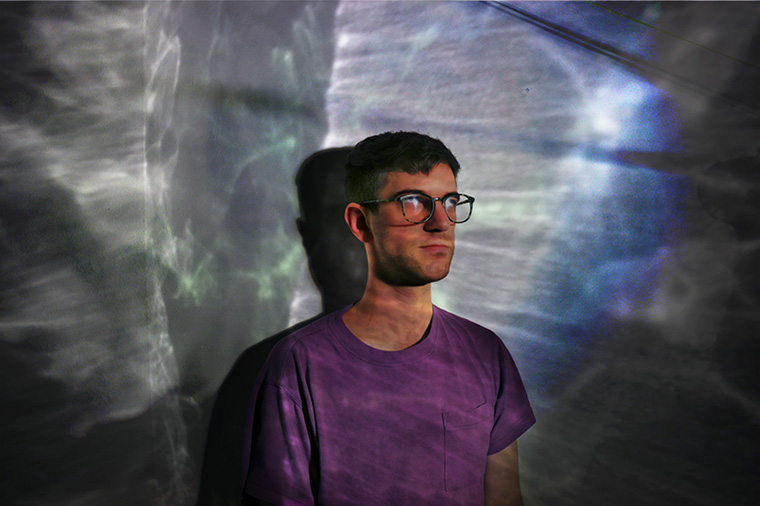 The research of Quiet ensemble goes through the observation of the balance between chaos and control, nature and technology, creating subjects that perfectly merges the those elements, elements that take form from the relation of organic and artificial subjects, moving the attention to insignificant and wonderful elements, like the movement of a fly or the sound of trees. The interest is connected to those technologies that explores the aesthetic and conceptual possibilities deriving from interactivity techniques, apProaching the newest technological discoveries as if they would be the tools for creation, like the brush for the painter. Working on the relation between time and space, sound and image the work of Quiet ensemble changes and develops in time, relating to the space, changing it. Emphasizing the unespected events, refuting the apparent immobility of shapes and melting the appearing opposition of forces in nature. Concrete and abstract shapes are sectioned and remodeled in hybrid forms and balances, parallel giving great importance to the pure aesthetics of forms. Quiet ensemble is born in 2009 from the meeting between Fabio Di Salvo and Bernardo Vercelli. 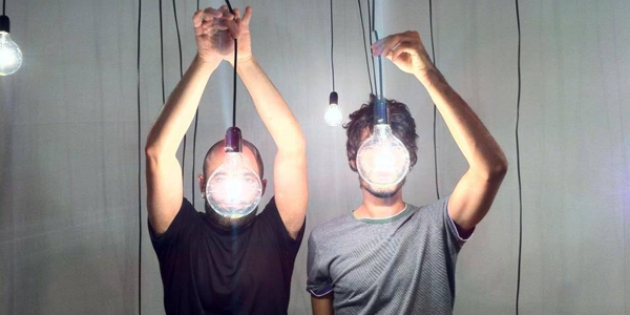 “During the residency we will focus on the natural element of water, having as goal the realization of performance where water in all its forms such as steam, drops, reflections, ice etc.. becomes the main actor and musician. Microphones, speakers, vibrations, resonances, moving objects, swimming insects, sound, music, reflections are the basic elements of the live performance that we will develop”.

The project resolves around the output signals of a series of modulated variable wavetable oscillators and Walsh function operators. For this particular version signals are selectively juxtaposed and transfigured with the aid of biologically-inspired generative processes.

Marinos Koutsomichalis (Athens, 1981) is an artist and researcher.  Via sound and a wide range of other media he interrogates the specifics of perception, technology and material and by means of a hypermedia, project-based and site-responsive methodology.  His work has been widely presented internationally in all sorts of milieus ranging from leading museums and acclaimed art festivals to industrial sites and from underground venues to churches or scientific conferences. He has worked as an artist in various institutions worldwide.