“Although the sound of Flap Flap at first has something of flapping, the installation soon moves so fast that with a chatter like a jackhammer it drowns out the thundering music of the party below. The man in front of me takes another step backwards… I myself also stay at a safe distance: “what if a point breaks loose from the canvas?” It is something that Vermeulen deliberately plays with, he says the following day: “I try to make my installations in such a way that you do not completely trust them as an audience.” Due to the rapid shocks, little remains of the square surface, the patterns hypnotize; I see a desert landscape in a storm. When Vermeulen plays with the light, the orange surface seems to glow like a tropical animal that inflates to do a mating dance. The audience cheerily encourages it.” 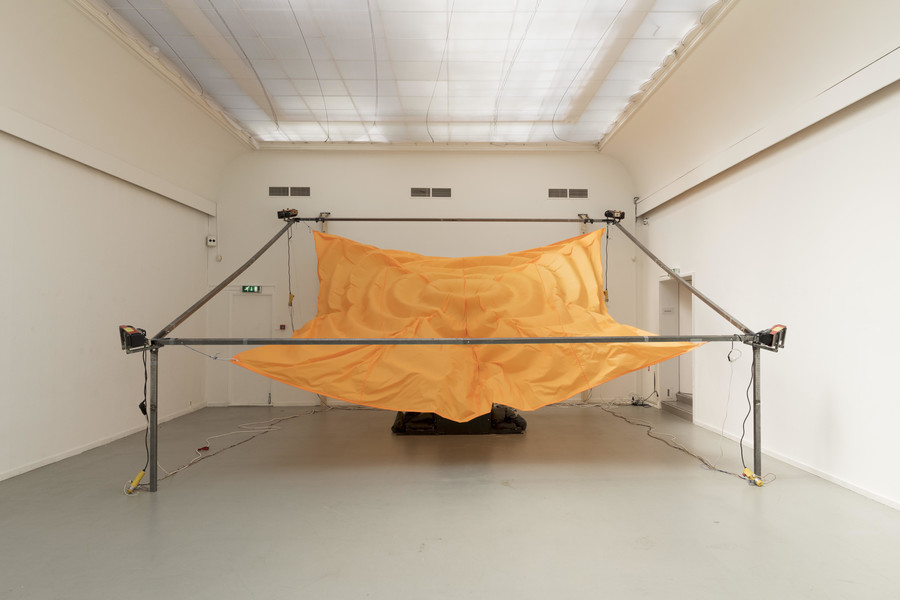