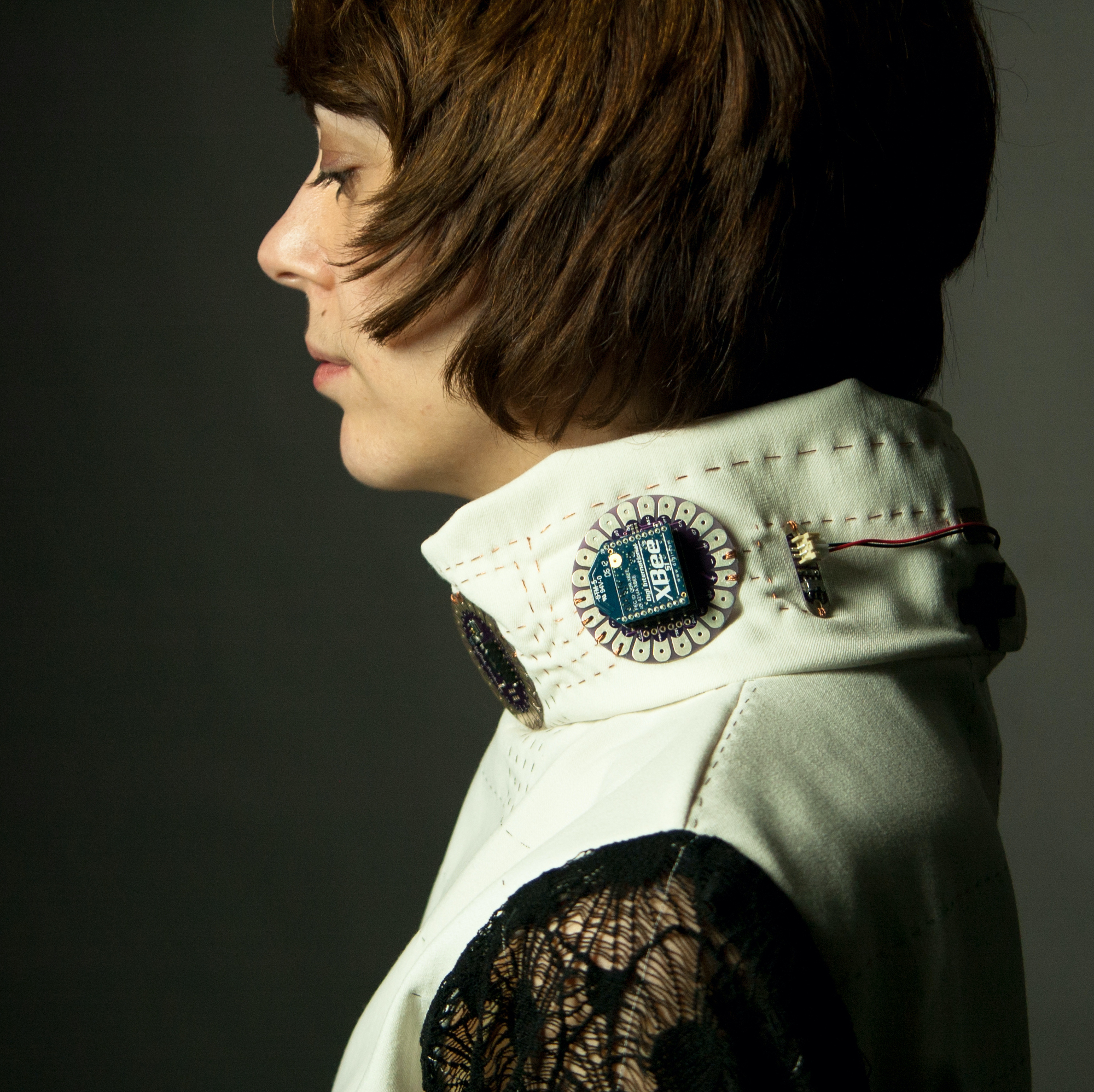 Afroditi Psarra is a multidisciplinary artist and an Assistant Professor of Digital Arts and Experimental Media (DXARTS) at the University of Washington.

She is interested in the use of the body as an interface of control, and the revitalization of tradition as a methodology of hacking existing norms about technical objects. She uses cyber crafts and other gendered practices as speculative strings, and open-source technologies as educational models of diffusing knowledge.

She holds a PhD in Image, Technology and Design from the Complutense University of Madrid. Her work has been presented at international media arts festivals such as Ars Electronica, Transmediale and CTM, Eyeo, Amber, Piksel and WRO Biennale among others, and published at conferences like Siggraph, ISWC (International Symposium of Wearable Computers) and EVA (Electronic Visualization and the Arts).

She recently won the Bergstrom Award for Art and Science for the collaborative project Listening Space, and was selected as a Mellon Foundation Faculty Fellow in the Arts at the University of Washington for the academic year 2019-20 for the collaborative research project Everyday Voices & Voids: Reclaiming our Data as Performance.

During her residency Afroditi Psarra will develop the project ‘Ventriloquist Ontology’, which explores the limits of control and points of hybridization between the human and the machine through the relationship of a performer and a wearable entity.

“ I envision creating a wearable that takes over the wearer’s body and converts them into a puppet whose movement is dictated by what they wear.

The continuous implementation of AI and ML systems in all areas of technological artifacts, including art, is challenging the ways in which we understand the world around us and urge us to consider other-than-human entities and ‘objects’ as equally important as human beings.

I am interested in exploring the textile medium, a “soft technology” in this sentient wearable experimentation, seeing technology as more ubiquitous than ever, closer to the body and not as an add-on, a hard extension, or an exoskeleton.”

Afroditi Psarra will develop ‘Ventriloquist Ontology’ at iii workspace in August and September 2021 and will give a workshop on wearable technology on September 16th – 19th.