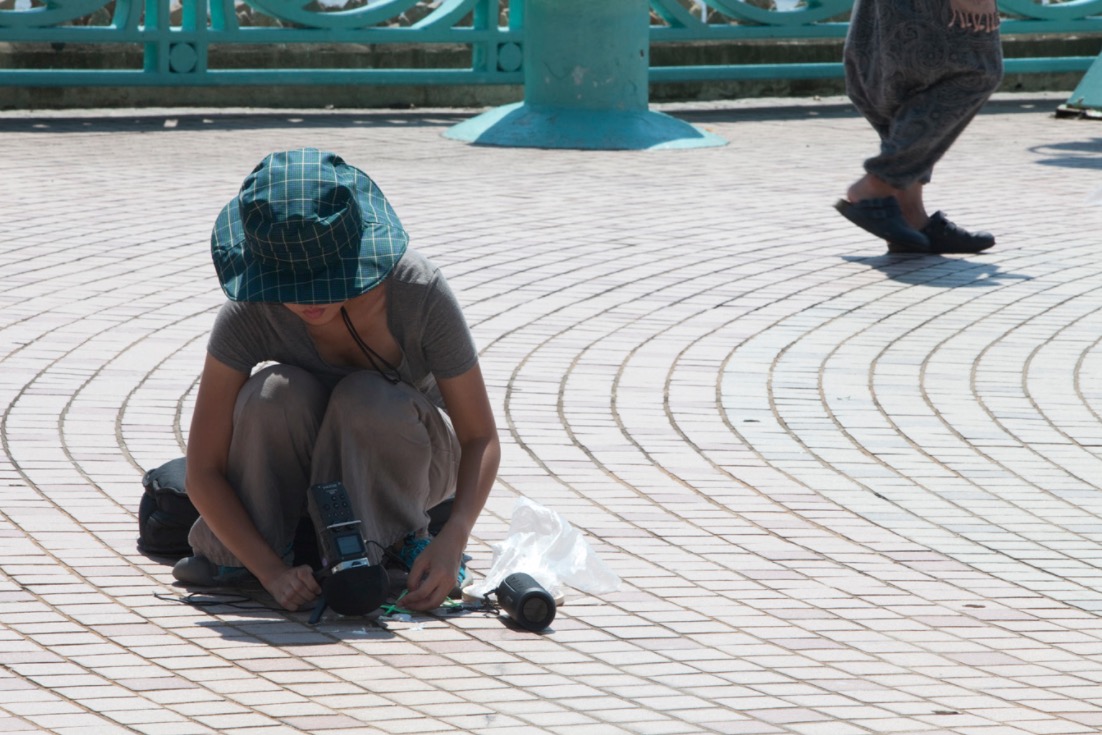 Lee’s installations have featured at a number of art festivals, including ART CAMP TANGO 2017, Around Sound Art Festival 2014 (Kyoto, Japan), Transi(en)t Manila Project Glocal 2014 (Manila,Philippines), the 12th Seoul International NewMedia Festival and the 16th ifva(Interactive Media Category) Finalist Works Exhibition (Hong Kong). Her sound and light performance “delight” has been hosted internationally in Taiwan, Korea, Macau and Hong Kong. She was invited to perform at the Asian Meeting Festival 2016 in Japan, and she also takes part in improvisations with a variety of musicians & sound artists. Recently, she is the member of Namiji ,an artist group formed with Samson Cheung & Wong Fuk Kuen. Fiona has released her self-published album, “walking in a daze”(2016), which has collected sound works she created.

Fiona Lee will present her work on May 4th 2018 during No Patent Pending #33.