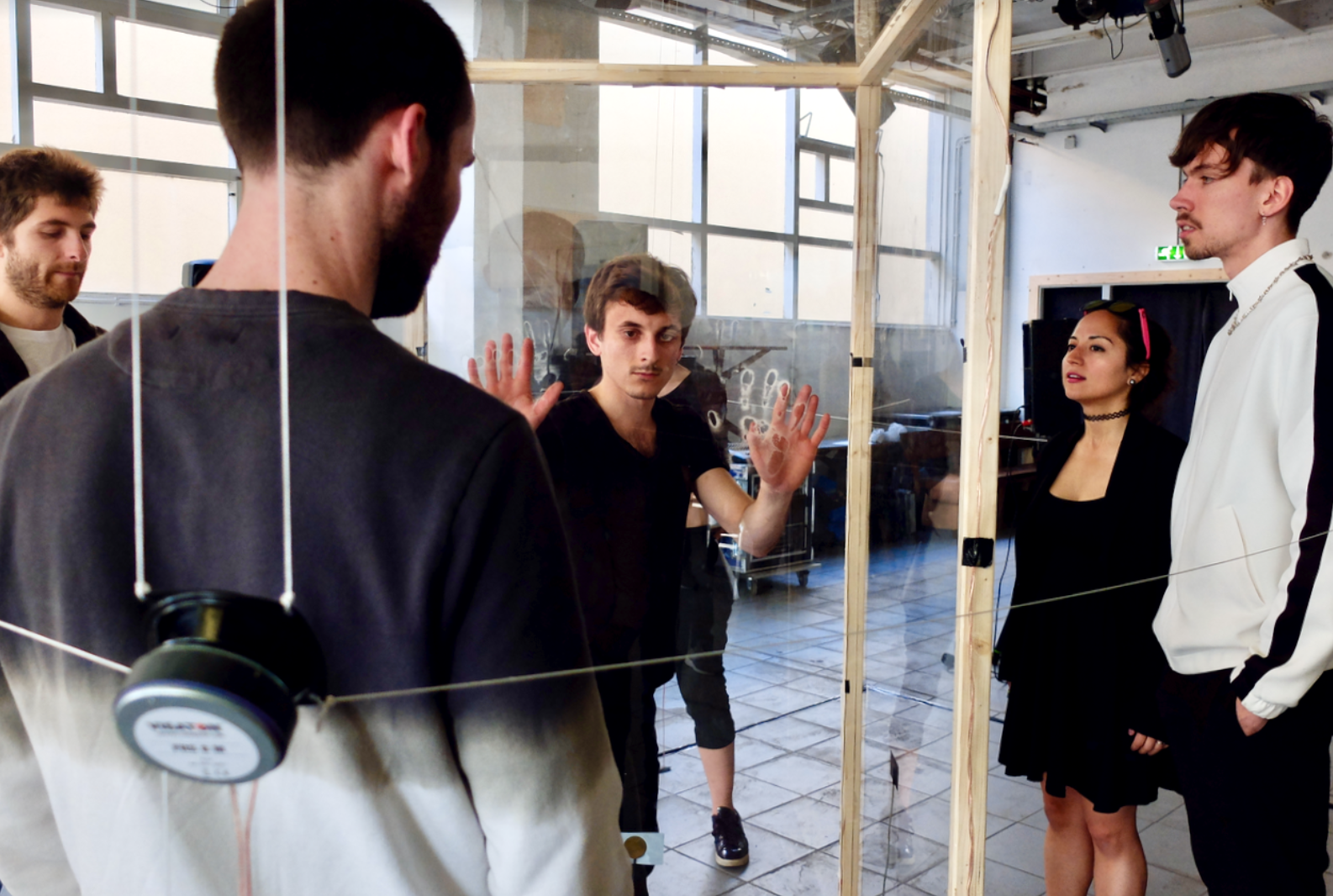 Perspectives is an ongoing performance research evolving around the phenomenon of perception points. During their residency at iii, the exploration focuses on the difference between the macro- and the micro relationship of humans and the constantly shifting machinery environment. The performance is a part of a larger work-in-progress that aims to re-evaluate the relationship between humans and their environment.

Antoine Josselin is a French percussionist and music teacher. He has collaborated with instrumental groups such as Slagwerk Den Haag and The New European Ensemble, as well as being a member of performance- and percussion duo Bimetric together with José Silva. Their past projects include collaborations with composer Karmit Fadael on her piece ‘Paringdance’ for which they received first prize at the TROMP International Percussion Competition. In 2018, Antoine obtained his master’s degree in percussion from the Royal Conservatoire of the Hague. He is currently working as a freelance musician and teacher, as well as playing with trio Amici3 and Bimetric.

Marco Torres Lunshof is a Colombian electrical guitarist graduated from the Pontificia Universidad Javeriana in Bogotá, Colombia. In the past, he has worked both as a session-musician, music teacher, musical event manager, and composer. Moreover, he has participated in JAZZ contests and festivals both in Colombia and internationally. Marco is currently enrolled in the program ‘Art of Sound’ at the Royal Conservatory of The Hague.

Ricardo J. Oliveira (Portugal, 1995) obtained his master’s degree in percussion and orchestra specialization in 2020 from the Royal Conservatory of The Hague, being student of Hans Zonderop, Niels Meliefste, Pepe Garcia, Theun van Nieuwburg and Rob Verhagen. As a soloist, Ricardo has participated in masterclasses, e.g. with Alexandre Experet, SO Percussion, Aly D’Nyane Rose, Marinus Kmost. Moreover, he has worked with several orchestras and ensembles, including Noord Nederlands Orkest, Radio Phillarmonish Orkest and Slagwerk Den Haag.

Sól Ey is an Icelandic sound artist, instrument developer and performer based in The Hague. In her work, sound is often explored as a tangible or architectonic phenomenon. Its relation with space is in focus, resulting in installations and performances that are often site-specific or actively involve the audience. She is founder of the Reykjavik-based media art collective RASK.

Soyun Park is an interdisciplinary artist, designer and founder of an audio-visual community studio RGBdog. She’s from South Korea, based in The Hague, The Netherlands. Often in collaboration with sound artists, her work takes forms of videos, installations, audio-visual performances experimenting with a variety of new media and technology, investigating connections and the gap between the RGB world and reality which are getting thinner every day.

Perspectives will perform the outcome of their residency on October 24th.

iii’s residency program is made possible with support from Creative Europe. 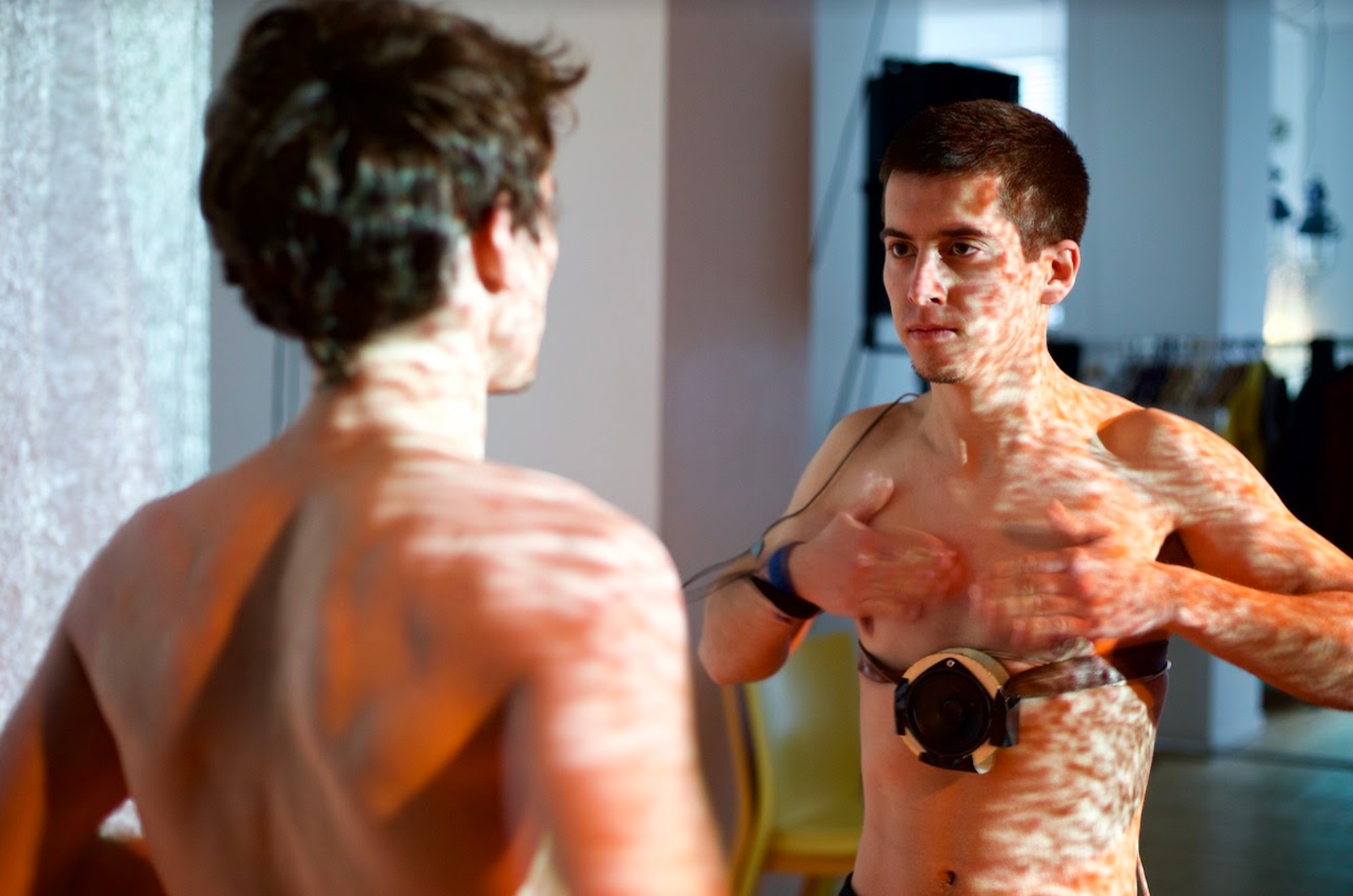