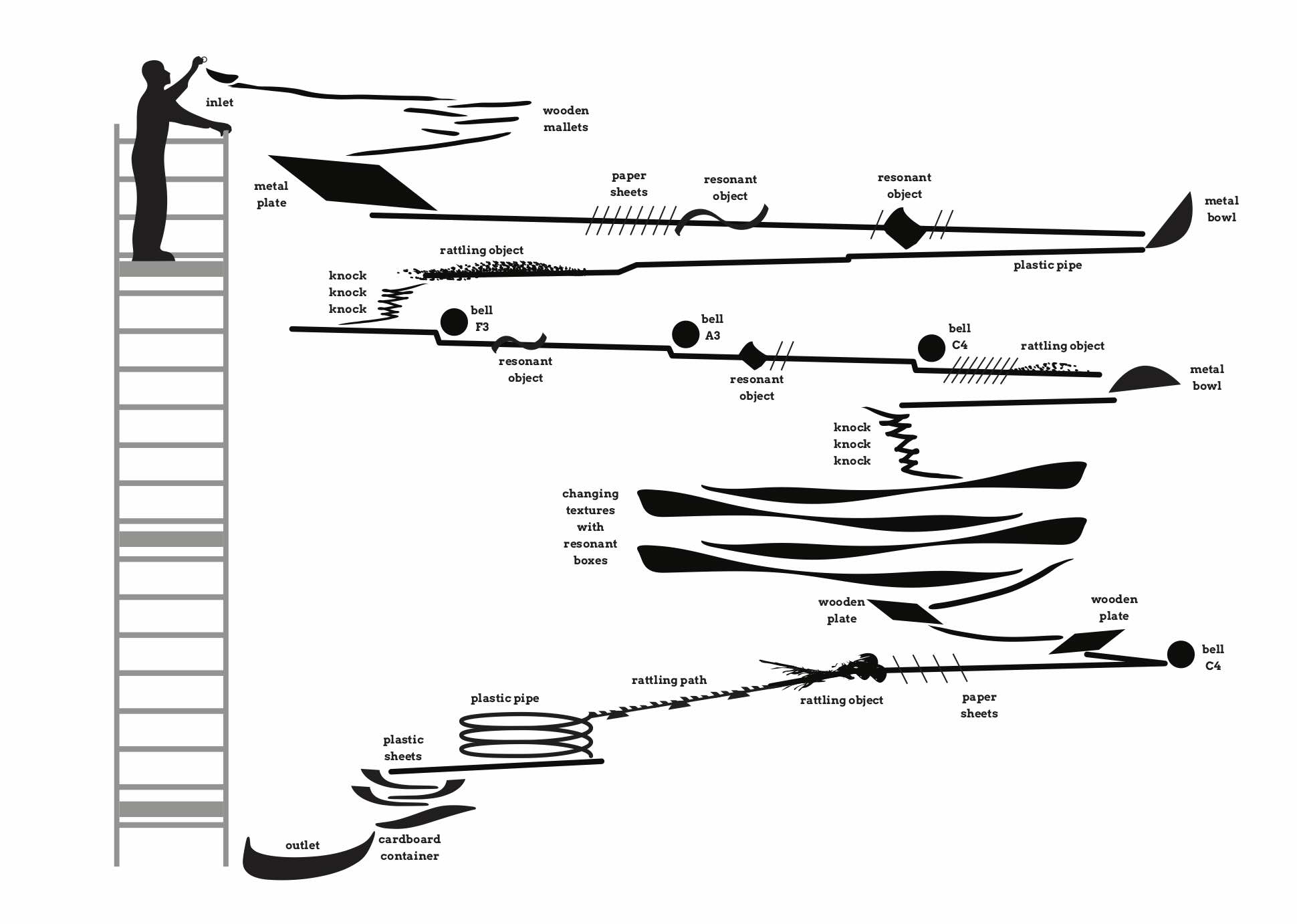 “All is well” is a playful reflection on the Myth of Sisyphus as seen by Albert Camus. It is an experiment with marble maze as the timeline and as the building block for a composed instrument. In this work, lines of pipes channel through the 3 dimensional space, connecting nodes and presenting a sculpted spatial composition that can potentially reveal its presence through sonic events immersing the audience.

“All is well” is silent unless it is activated by audience participation. To participate, one has to pick a handful of marbles provided beside some stairways, then climb upstairs, and release the marbles in multiple inlets that are provided at the top of the stairs. These inlets are the beginnings for a series of continuously descending pipelines.

Each pipeline follows a trajectory in the space of the venue (or a confined area within the venue space), through nodes that are amplified acoustically, and ends on the ground next to the same stairway that goes to its inlet.
As one releases a marble in an inlet, the marble travels through the pipe, passing through the amplified nodes, and thus creating a moving sound source that activates a series of sonic events. As multiple marbles are released simultaneously in multiple pipelines, one can hear a multi-layered spatial sound composition.

“All is well” invites its audience to temporarily walk in Sisyphus’ shoes and take a peak into his eternal torment; however, the temporariness of such experience in a composed space, transforms its possible consequences from a cycle of torment and observation, into an environment of observation and entertainment. The futility of this act -of lifting objects only to let them fall back down- is justified by magnifying and elaborating the descend. Plus, one can climb up the stairs only as many times as one desires and the venue allows, so it won’t be eternal!

All is well premiered at the Science of Sound at DordtYart

Other works by Erfan Abdi