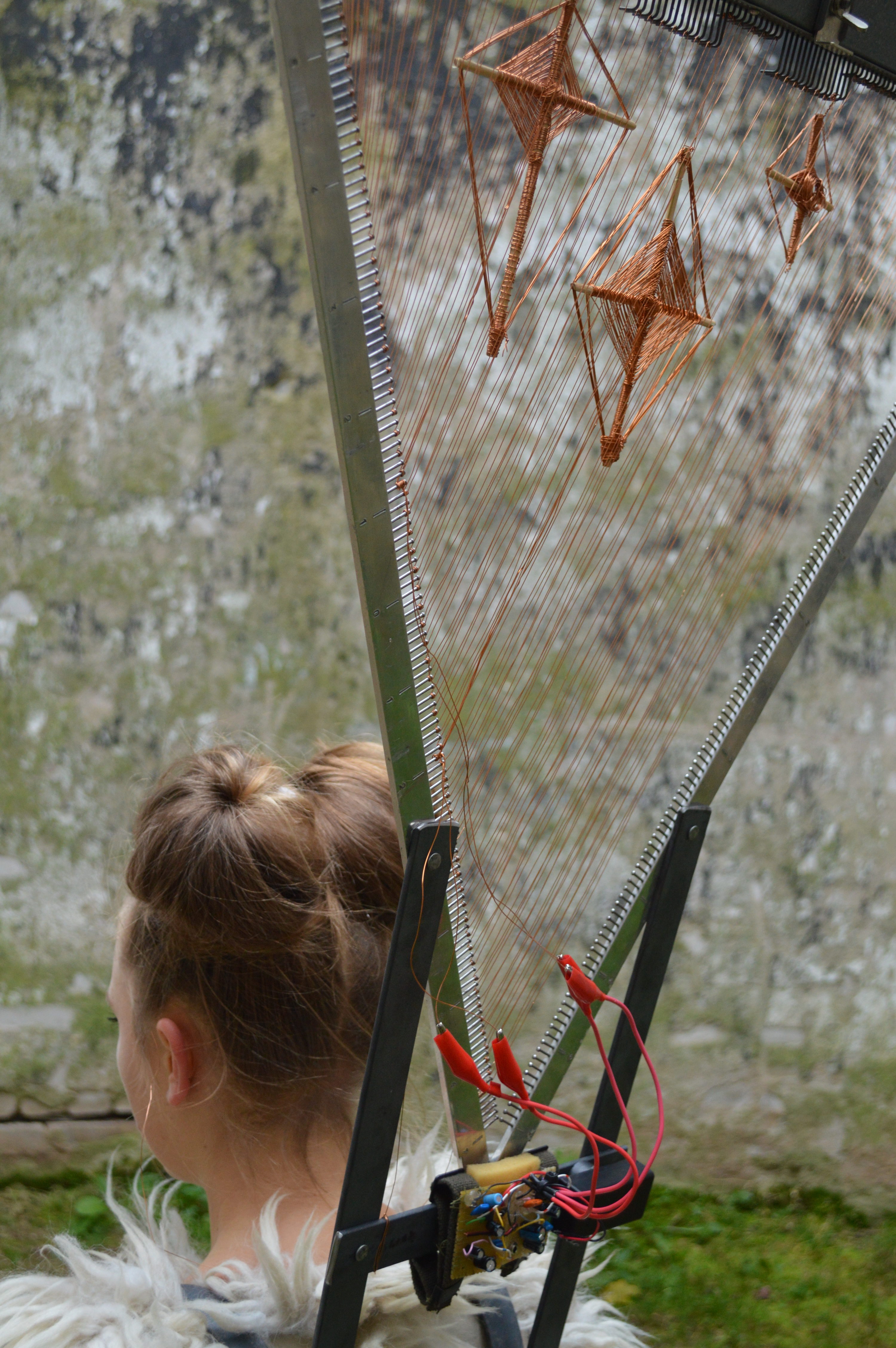 The Kinematic Loom of Orbit is a site-specific recreation of a sonic performance that took place in a former Soviet Silo in Estonia 2015.

The original sound was primarily a result of the signals bouncing back from the stone walls of the Silo. The resulting sound is influenced each time by the acoustic properties of the specific spatial structure in which this piece is created and performed.

The performance incorporates a Soviet loom transformed into a wearable antenna receiver, and two performers in constrained positions in the center of a velvet prayer-rug, vested with Estonian sheep costumes. They perform their actions in circular motions, composed in such a way as to merge into a perpetuating apparatus.

The integral mechanism is caused by the dynamic interaction of various constants with limited room for maneuver. The input of the singular elements to the whole system is dependent upon each performer’s position and determined by the spatial and material elements.

The Kinematic Loom of Orbit is part of a series of works by Magnetoceptia (Dewi de Vree and Patrizia Ruthensteiner) and developed with the support of the Instrument Inventors Initiative.