Tip The Scales in a Gambler’s Favor 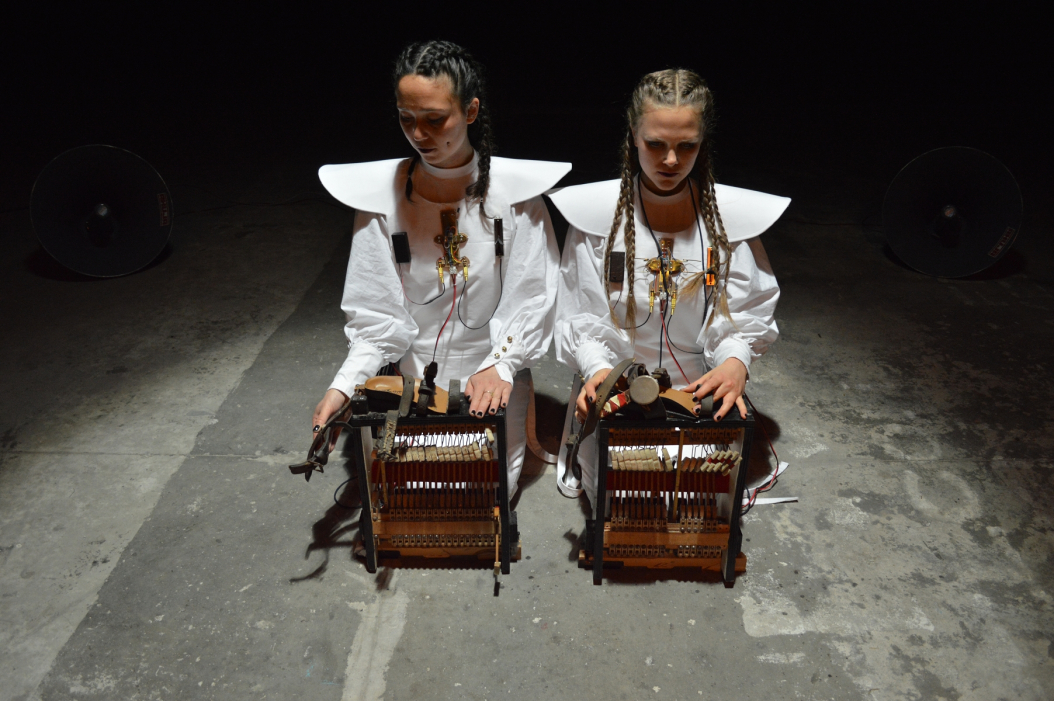 Tip the Scales in a Gambler’s Favor is a performance developed in Alkmaar, the Netherlands in 2017. The local cheese carriers´guild, ‘Kaasdragers,’ meets the local radio send-amateurs. The most simple and versatile methods of telecommunication – semaphore signs and morse code signals – serve as optical and audible commands for the cheese carriers´guild and shape the composition of the performance.

By the ceaseless clink of their wooden shoes Dewi de Vree & Patrizia Ruthensteiner alias VICTOR & ROMEO transmit the codes and evoke a cascade of translations to chase around the cheese carriers. By stepping out of accord, eventually a new language will be created, one that is based on a more physical vocabulary as a result from walking off the path of the NATO phonetic alphabet.

The material and immaterial, the local and worldwide, the received and the self-generated sounds that are presented during the performance, are sent out by the Grand Master of Shortwave who controls an antenna receiving station, to be eventually picked up in distant spheres by a potential observer of the earthly activities.

The choreography of the piece is determined by the rules of a self-invented game, in which chain of commands, translations and cascades of re-contextualized actions are evoked. Elements that are embedded into the dutch cultural vocabulary, amateur radio spheres and the freemason´s society are perceived in a new context.

Enclosed male circles are now stimulated to a dialogue, controlled and directed by VICTOR & ROMEO. Stereotypes are stretched out and compressed again, sonified and transmitted to another star.

“Tip the Scales in a Gambler’s Favor” is part of a series of works by Magnetoceptia (Dewi de Vree and Patrizia Ruthensteiner). [/vc_column_text] 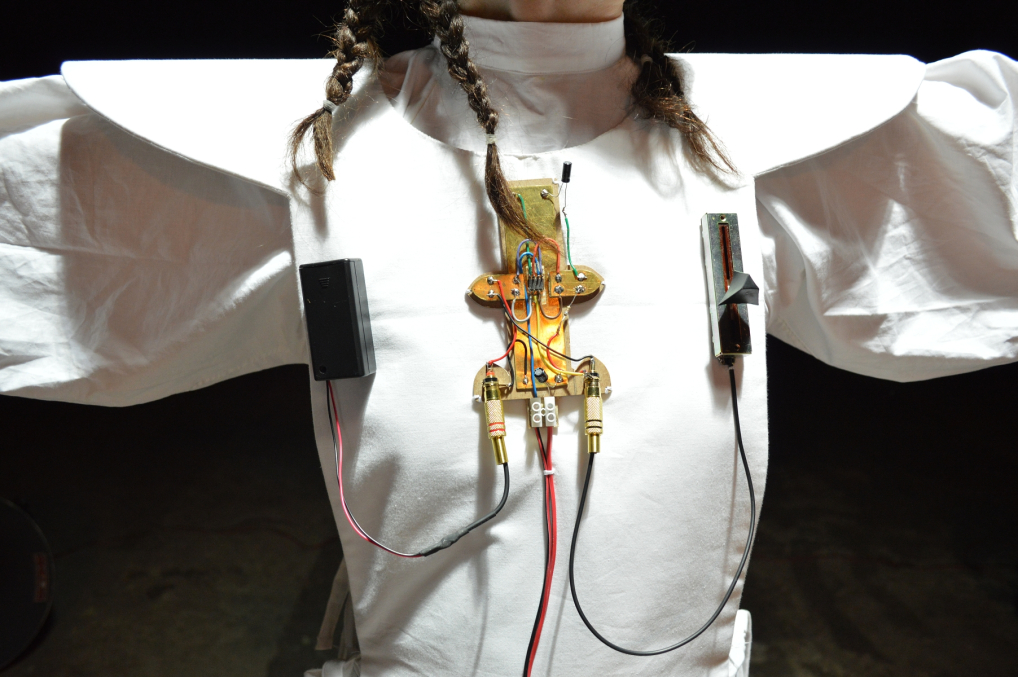 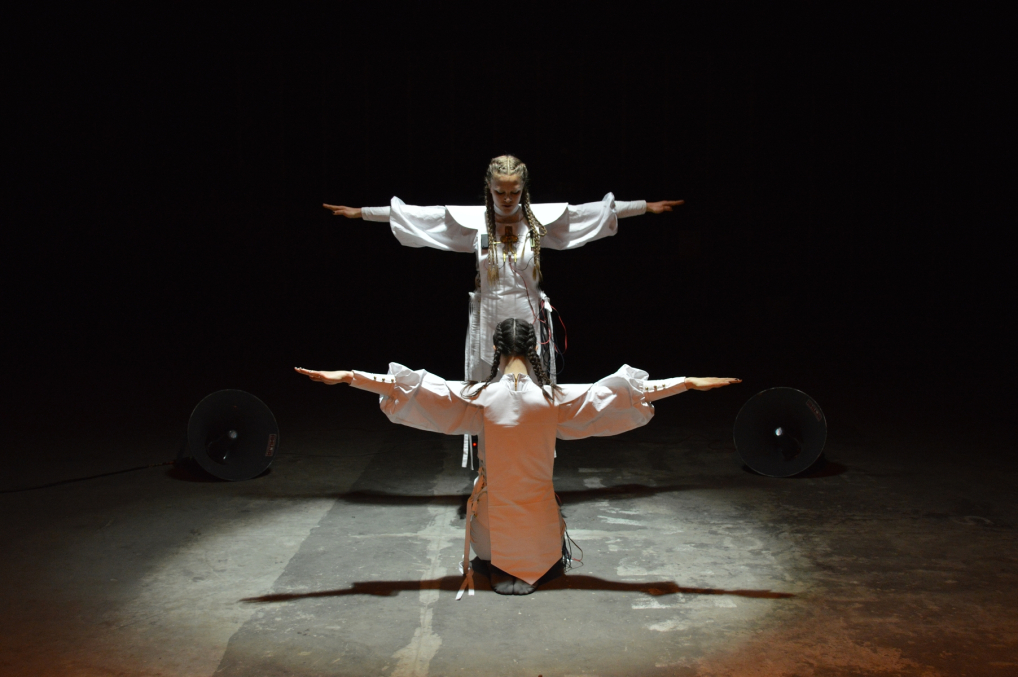 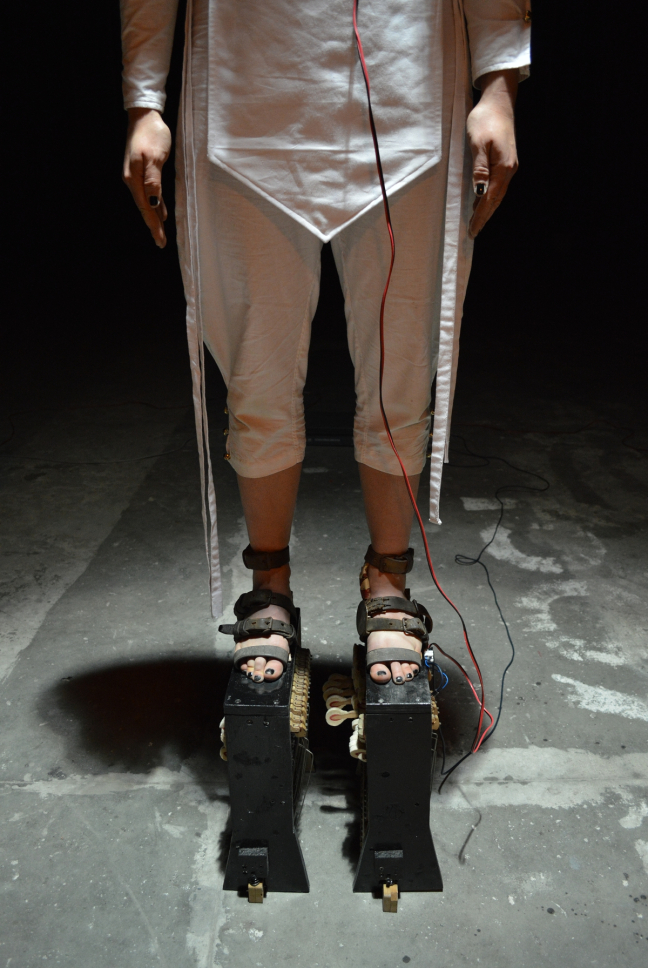